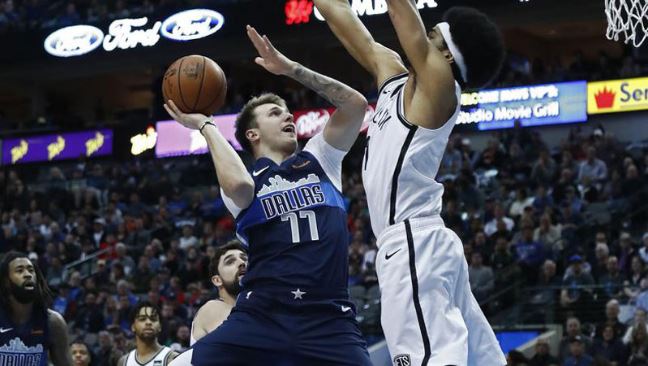 The 19-year-old Mavericks rookie became the first teenager in NBA history to record a 30-point triple-double in a 123-120 loss to the Raptors on Sunday. He tallied 35 points, 12 rebounds and 10 assists in the game.

Doncic also became the first player in NBA history to register multiple triple-doubles as a teenager.

Doncic has taken the league by storm. He leads all rookies in points per game (20.2) and minutes per game (32.1). The clear frontrunner for Rookie of the Year has a chance to be voted into the 2019 All-Star Game as a reserve.

The loss to the Raptors dropped the Mavericks to 22-27 this season.