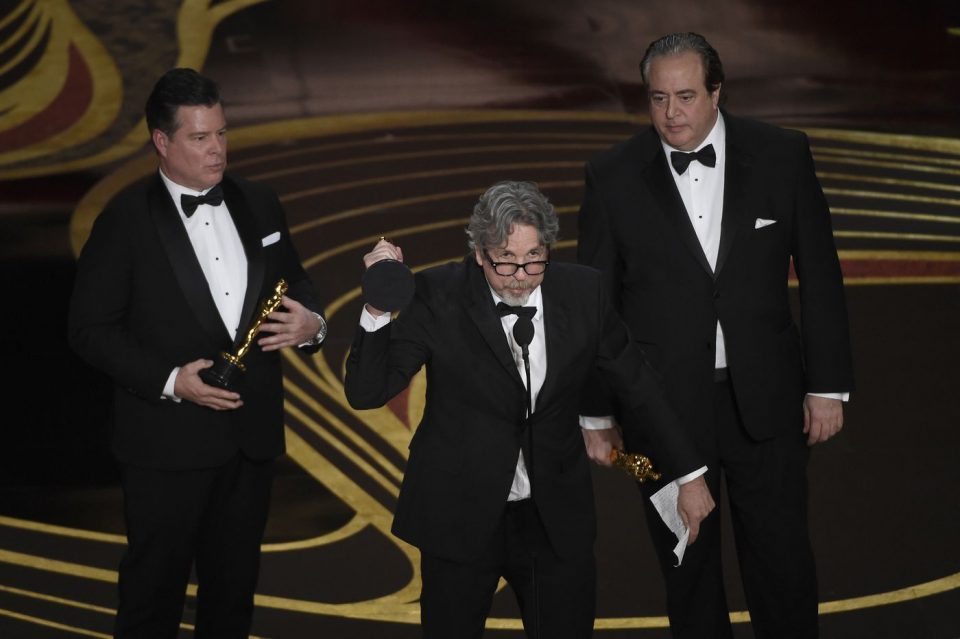 As widely predicted, the Green Book won the Oscar at the Academy Awards on Sunday, much to the dismay of many in the industry, including Spike Lee who almost stormed out in disgust when the Best Picture was announced.

The biographical drama about African-American pianist Don Shirley touring the deep south with a white security guard during the 1960s won the top prize at Sunday’s award show at the Dolby Theatre in Los Angeles. Mahershala Ali also won Best Supporting Actor on Sunday for his performance in the movie.
Green Book starred Ali as Shirley and Viggo Mortensen as bouncer Tony Lip — garnered considerable backlash around the time of its release, with Shirley’s family slamming the film as a misrepresentation of the musician’s story.

Lee — whose movie “BlacKkKlansman” was nominated for Best Picture — who was seen angrily walking toward the back of the theater.

I thought I was courtside at The Garden and the ref made a bad call, Lee told reporters after the show.

The host-less ceremony was also notable for Lady Gaga, who won her first Oscar and gives a stunning performance of Shallow with Bradley Cooper.