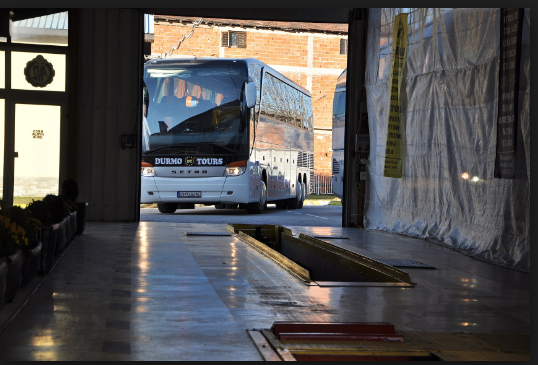 The “Durmo” bus company, which operated the Skopje – Gostivar line which ended in tragedy yesterday afternoon, also owns a certified mechanical test facility in Gostivar. Republika attempted to determine today whether the company is using its own facility for the mandatory annual mechanical tests, or whether it uses an independent company to ensure the buses are fully functional.

According to prosecutors, the driver, who survived the crash, was not intoxicated, and a passenger claimed that he saw him struggling with the wheel seconds before swerving into the left lane of the highway and then crashing out into a ditch. This has left mechanical failure as the most likely cause of the tragic crash which killed at least 14 people.

“Durmo” is owned by the Beluli brothers, and one of them, Durmis Beluli, also manages the AMZ Gostivar testing facility. 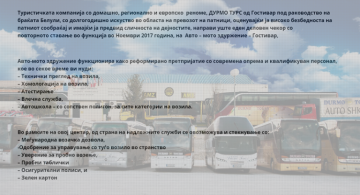 The Transportation Ministry informed that “Durmo” has valid licenses to provide bus services in Macedonia and abroad, including for two lines between Skopje and Gostivar. The company operates 40 vehicles and has provided proof that the vehicles have passed the mechanical tests, the Ministry said, but would not specify where the tests were performed. The ill fated bus was 18 years old and passed its mechanical test in January. The Interior Ministry and the insurance company are yet to respond to questions about which company performed the testing.

The State transportation inspector’s office informed that last November the driver received a citation after picking up passengers outside of a bus station.

Gostivar, where the company was operating from, has an issue with lax respect for regulations mandating the annual mechanical testing. In a series of random tests in Gostivar and Tetovo in August 2018, out of 81 vehicles which were checked, 11 were unsuitable to be on the streets and 18 more had various defects, mostly concerning the brakes. In June 2017, a test showed that a third of all vehicles commuting in and around Gostivar are defective.

Reductions in public buses in Skopje has made them greatly overcrowded