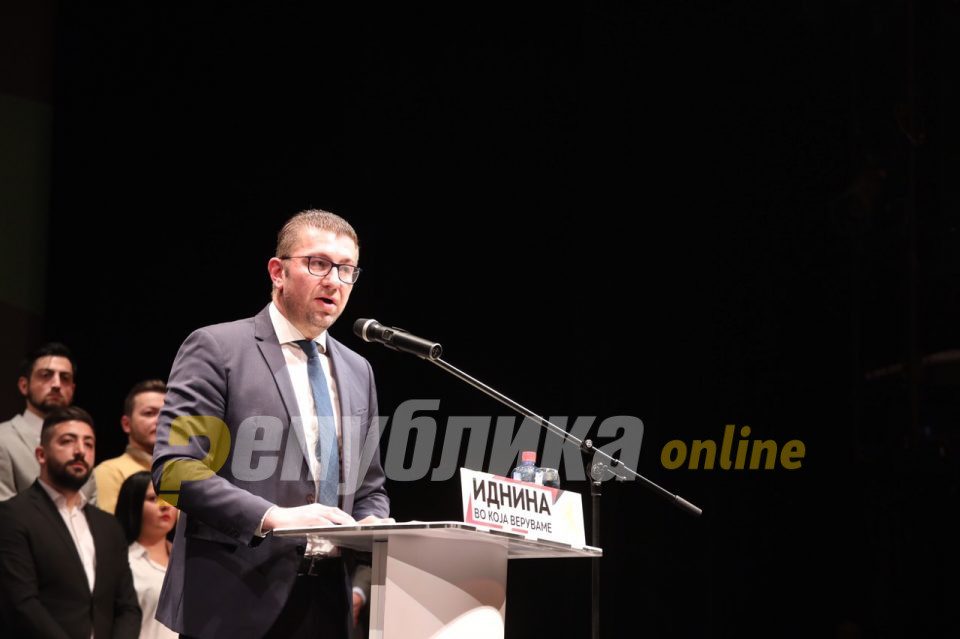 VMRO-DPMNE on Sunday marked the 27th anniversary of the founding of UMS, the party’s youth group. Party leader Hristijan Mickoski spoke at the event held in the Macedonian National Theater and warned against what he called “daily attempts to disintegrate our home”.

– Each day we see how the Government takes away a piece of our country, of the only home we have in the world, and which naturally belongs us and which we fought for and inherited. But we also see how a storm is coming against all who want to damage our country. This is how revolutions and revivals were born, how fight against injustice begins, Mickoski said.

He called on the young activists to lead the fight over this “difficult, perhaps most difficult period for both our country and for the young people in it.

– The young feel this darkness which has fallen on our country perhaps most of all of us. They are the ones who are pushed to think that the solution for them is in some other country, and that there is no future here. But, they are also the ones who are initiating the changes. They see the office bureaucrats in the Government who ignore their needs and will teach this criminal Government a lesson, Mickoski said. 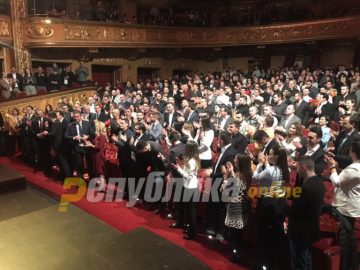 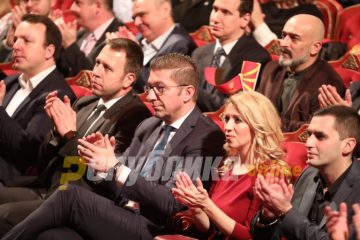 The opposition leader said that history will remember Zoran Zaev as one of the worst traitors born in Macedonia, a man whose name will be synonymous with failure and defeat. 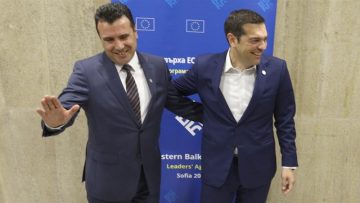 “Macedonia walks a red line between disaster and despair on one side and unity with the goal of saving the country on the other. And we are uniting more and more with each day, VMRO is woke and is where it belongs – among the people”.

As for the next planned steps of the party, Mickoski said that VMRO-DPMNE will first defeat the Government in the presidential elections expected in April, after it will fight for early general elections. He listed the broken promises SDSM made before taking over the Government, such as the average wage of 500 EUR and 1.500 EUR in salaries for doctors who remain in the country. 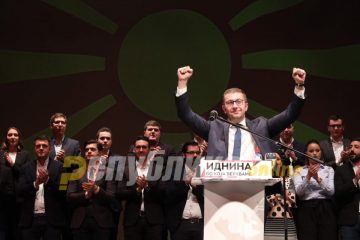 – Zaev did not deliver on his promise of 5 percent GDP growth, and foreign direct investments are in the negative. The debt from 4.78 billion EUR to 5.14 billion EUR in a mere year and a half, and you can’t see these money anywhere, except in the pockets of Zaev and his family. We broke through the barrier of 5 billion EUR in debt and we are approaching the one of 50% of GDP. And nothing gets built. This tells you that these money are being stolen, Mickoski told the UMS delegates.