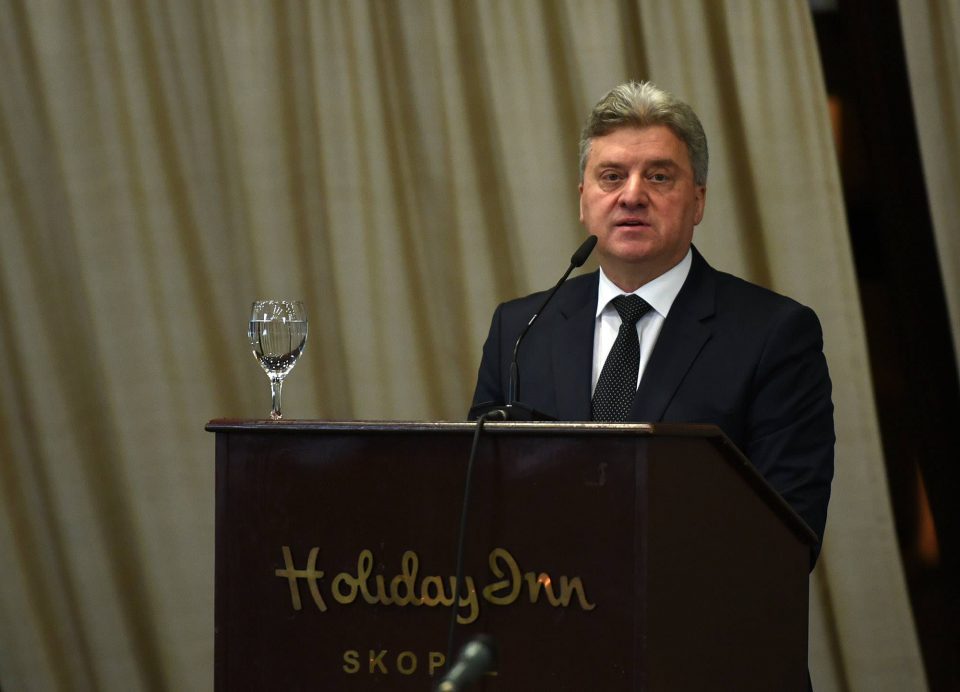 Boris Trajkovski had emerged at a time when it didn’t matter if political leaders were abiding by moral principles or not as long as they did their job properly. Principles, dignity, vision, virtue, truthfulness were pushed aside on the sidelines of the Macedonian political culture. Courage and perseverance had become a rare and expensive thing, President Gjorge Ivanov has said.

On Monday evening, he addressed an event commemorating the 15th death anniversary of President Boris Trajkovski.

According to Ivanov, the bloodshed after the break-up of former Yugoslavia, the refugee crisis, the years-long blockade of the country, the economic deadlock, have all played a role in ethnic relations becoming more and more deteriorated. “All of this spilled  over in that fatal year, 2001.”

“Amid such conditions, Boris Trajkovski had taken steps deemed untypical for the Macedonian political culture. He had initiated a dialogue between the government and the opposition. He had built confidence between the people and the community all the while strengthening confidence between the countries in the region. He believed that the 2001 crisis could be solved with political means apart from military ones. Thus, he had been championing the process that led to the Ohrid Framework Agreement. He had been taking accountability for his actions. Like his predecessor before him, the late President Kiro Gligorov, Trajkovski had also wanted to avoid bloodshed,” Ivanov said.

Trajkovski, he noted, believed that leadership involves a willingness to sacrifice one’s public approval in order to do what is right for the future of our country and our people.