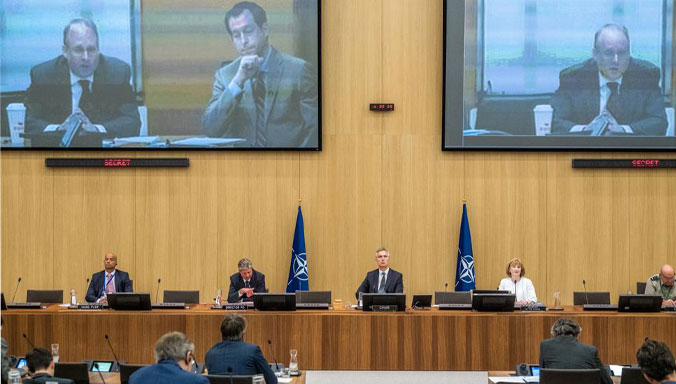 NATO Allies met today to discuss the Open Skies Treaty. We are firmly committed to the preservation of effective international arms control, disarmament, and non-proliferation. We all agree that all states party to the Open Skies Treaty must fully implement their commitments and obligations. All NATO Allies are in full compliance with all provisions of the Treaty,  said NATO Secretary General Jens Stoltenberg.

Russia has for many years imposed flight restrictions inconsistent with the Treaty, including flight limitations over Kaliningrad, and restricting flights in Russia near its border with Georgia. Russia’s ongoing selective implementation of its obligations under the Open Skies Treaty has undermined the contribution of this important Treaty to security and stability in the Euro-Atlantic region.

NATO Allies will continue to uphold, support, and further strengthen arms control, disarmament, and non-proliferation, as a key element of Euro-Atlantic security, taking into account the prevailing security environment. Allies also remain open to dialogue in the NATO-Russia Council on risk reduction and transparency. We continue to aspire to a constructive relationship with Russia, when Russia’s actions make that possible, reads the statement of NATO’s Secretary General.

Stoltenberg: New members like Macedonia must have a secure way of communications

NATO says it’s not preparing for an unlikely US withdrawal