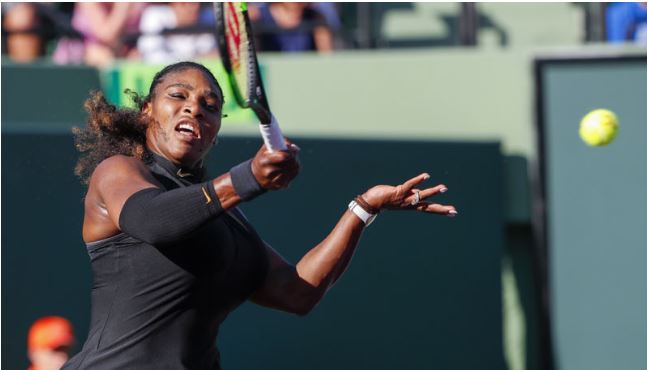 Serena Williams was forced to retire with a viral illness in her third round match with Spain’s Garbine Muguruza at Indian Wells on Sunday.

The 37-year-old, who on Friday celebrated 12 months since her return to the court following pregnancy, made a strong start by pushing 3-0 in front.

“Before the match I did not feel great and then it just got worse with every second – extreme dizziness and extreme fatigue,” the American said in a statement.

“By the score it might have looked like I started well, but I was not feeling at all well physically.”

Williams wanted to play on but after losing a seventh game in a row, the 23-time grand slam winner conceded a 6-3, 1-0 defeat.

“It’s never good to see someone that’s not feeling well on the court so I wish to see her soon and better,” Muguruza said.

Muguruza moves on to the last 16 where she will play Dutch seventh seed Kiki Bertens who prevailed 7-5, 6-4 against Briton Johanna Konta.

Earlier in the women’s draw, number two seed Simona Halep fought off five breaks from Ukraine’s Katerina Kozlova to win 7-6 (7-3), 7-5 for a place in the last 16.

Halep will face Marketa Vondrousova in the next round after the Czech battled past Latvian Jelena Ostapenko in three sets with a 4-6, 6-3, 6-4 victory.

Ukraine’s Elina Svitolina advanced with a 7-5, 6-4 result against Australian Daria Gavrilova and meets another Australian in Ashleigh Barty who dispatched American Jennifer Brady 6-3, 6-2.