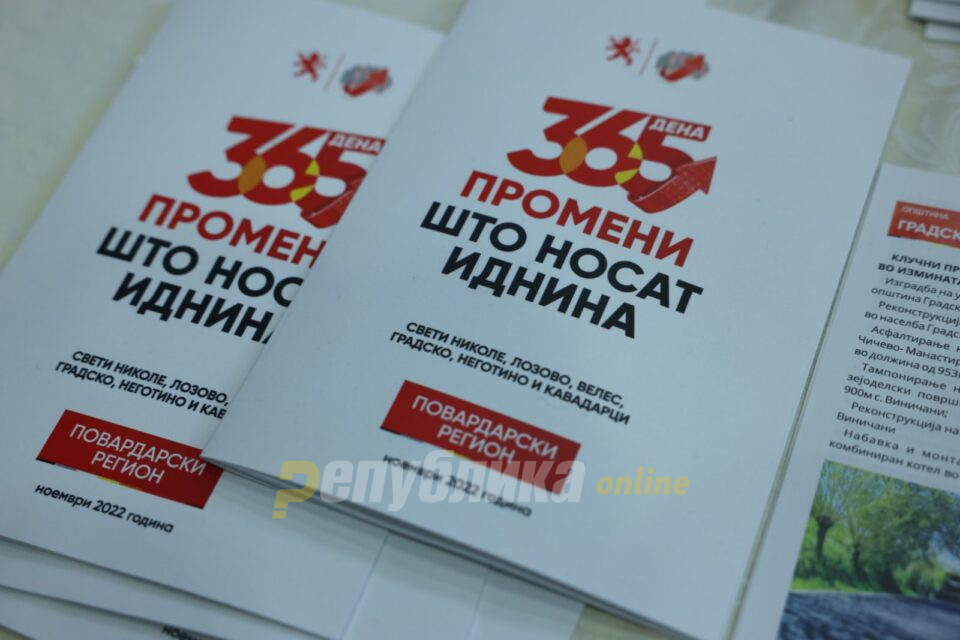 Nine municipalities from Macedonia, six from Kosovo and three from Croatia were today awarded the “European Label of Governance Excellence” by the European Association for Local Democracy (ALDA). As stated, these nine municipalities participated in the project and successfully implemented the self-assessment process of their work, showing a high level of compliance with the 12 principles of good democratic governance of the Council of Europe.

The nine municipalities that received the “European Label of Governance Excellence” in the country are:

Addressing the event, the Minister of Local Self-Government Risto Penov emphasized that it is very important that the standards of the Council of Europe are in question and that the entire process is led by this organization.

In our country, the biggest challenge at all levels of governance is the preservation of human capital and investment in it, Penov pointed out.

He also informed that among the nine municipalities in the country that received the “European Label of Governance Excellence” is also one rural municipality.

The president of ALDA, Oriano Otočan, also addressed the event and explained the entire process of adopting the 12 principles of the association and how they were implemented in Croatia.

The “European Label of Governance Excellence” was established by the Council of Europe, and starting in 2021, ALDA is an accredited organization to implement the project in Macedonia, Croatia and Kosovo.