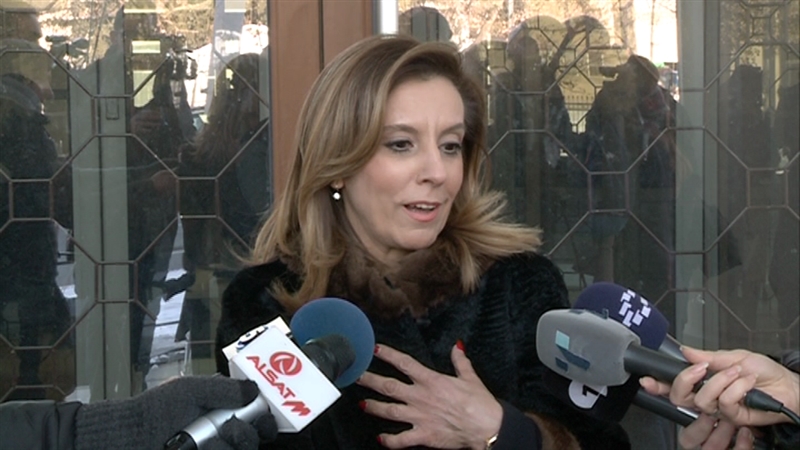 State prosecutors announced yesterday that they are lifting their charges against former Culture Minister Elizabeta Kanceska – Milevska, over the alleged abuse of office worth 2.77 million EUR.

This is one of the criminal cases that were initiated against the former Minister, who turned her back on her VMRO-DPMNE party and joined a small group of members of Parliament who voted in favor of renaming Macedonia into “North Macedonia”. Some of the members of the group traded their votes in exchange for a direct amnesty law, after being charged with “terrorism” in a politically driven case. Others were widely believed to have traded for quiet amnesty deals.

Kanceska was charged in 2017 with procurement of equipment from a Serbian company which had not yet registered a Macedonian office, as the law requires. After the local branch was registered, the main portion of the contracts were still being signed with the Serbian company. The company serviced all its obligations and taxes, but Kanceska and several other Culture Ministry officials were charged with abuse of office.

She still has an active case led by the Special Prosecutor’s Office, given the role of the Culture Ministry in the redevelopment of downtown Skopje over the past decade. Kanceska was one of the highest profile targets of the Colored Revolution activists, who demanded she goes to prison for what they saw as re-imagining of Macedonia’s history and national pride, and many reacted with cynicism and disbelief at yesterday’s news.

A total of nine VMRO-DPMNE members of Parliament voted in favor of the imposed name change. Three of them were charged with terrorism, and were released from detention mere days or even hours before the key vote, which left the impression of clear use of the judiciary to force their hand. Several others faced criminal charges against themselves, like Kanceska, against political allies (Zekir Ramcilovik) or close relatives (Vladanka Avirovik’s son). Avirovik’s son, who was sentenced to three years in prison received a suspended sentence after his mother voted to rename Macedonia.