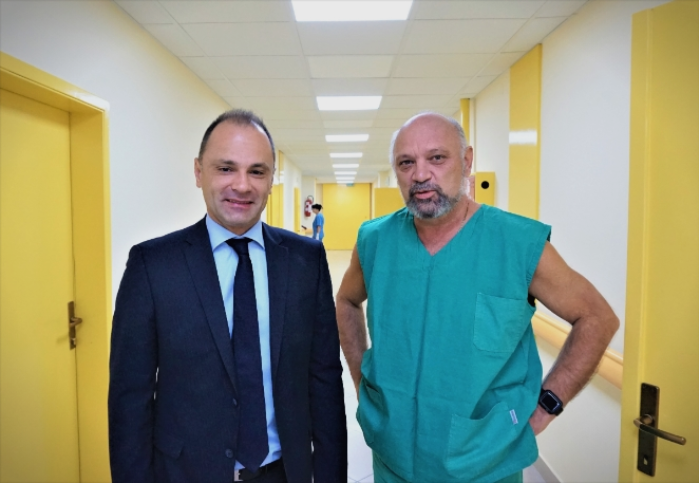 Doctor Zoran Karadzov, director of the Abdominal Surgery Clinic in Skopje, shocked the public with a callous comment after a patient died from appendicitis after she was allegedly denied a hospital bed. Speaking for the Nova news site, Karadzov said that “everybody has the right to die”.
The 61 year old woman asked for help after suffering from stomach pain. Nova claims that she was not admitted to the Clinic in time and was taken from one department to the other. Ultimately the appendix burst, she went into a septic shock and died.

She was admitted on Thursday and was operated on in the afternoon. She was not taken to a different clinic. I will explain everything before the Healthcare Ministry, I will give them all necessary documentation. There is nothing strange in this case, everybody has the right to die, Director Karadzov told Nova.

The cruelty of the last statement caused outrage in the public. It comes at a time when the Ministry and the public healthcare system in general are facing strong criticism after the bungled vaccination promotion drive, which only increased skepticism in the process, and a number of tragic, avoidable deaths.