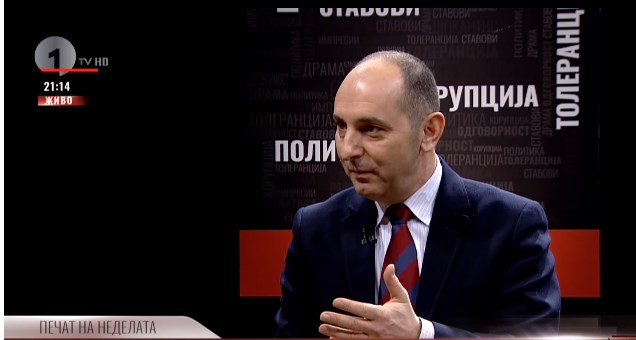 Former Finance Minister Nikola Popovski from SDSM wrote in a column for “Nezavisen vesnik” that the long announced Government reshuffle, which was perhaps even the only argument for Stevo Pendarovski’s victory in the second round of presidential elections, turned into an antipode of itself. Popovski believes that Tevdovski’s dismissal is a wrong step because it was an attack on the only healthy pillar in the economy.

The Government reshuffle that was long announced, which turned into a key, and perhaps even the only argument for Stevo Pendarovski’s victory in the second round of presidential elections, was intended to answer many of the issues for which the current government did not even come close to delivering adequate responses, turned into an antipode of itself. It did not give almost any seriously acceptable and positive response, except one very negative, and it all came down to the dismissal of perhaps the only healthy pillar in the Government of those who need to take care of the stability and development of the Macedonian economy. Like dozens of times to date in the brief history of Macedonian independence, when the government did not deliver the results it announced or expected itself, and when its confidence decreases daily, as it does now, the fault is sought directly and solely in the Ministry of Finance and the line Minister. It is a mistake with possibly even more serious consequences.

If we take a look at the government’s reshuffle from another perspective, we will easily realize that it was not a reshuffle to replace those who failed on any ground, but a direct confirmation of those who kept their posts, but did not deserve to. And they have exactly one year left to complete their terms before choosing the unfortunate solution called “transitional (Przhino) government”, which is actually putting the most important state organs and almost the entire state administration in unnecessary standstill before the autumn elections in 2020.

The reshuffle of the Minister of Finance as a fact, the announcement that there will not be a new minister at all, and a few announcements about what should be expected from that ministry in the next 12 months, can bring some problems where nobody expects them. The current minister has thus introduced some stability and predictability of public finances after that “tsunami period” from 2007 to 2016 when deficits, public debt, unnecessary spending, hiding data that should be publicly available, non-transparency, disregard for some of the basic principles of governance with the public finances and especially the unbalanced expenditure side of the budget policy, threatened the whole economy in the short, medium and long term.

The current new fiscal announcements, called “courageous solutions and courageous decisions” mean that, on condition that revenues continue to be realized with the same dynamics, the expenditure side of the budget will be strengthened with new positions out of which those that sounded most seriously were the ones for growth of social protection expenditures, agricultural subsidies, the level of pensions since January 2020 and the salaries of the administration since September 2019, including the announcements of a budget-compensated new increase in the minimum wage in the country, and several others.

You can read the whole column here.