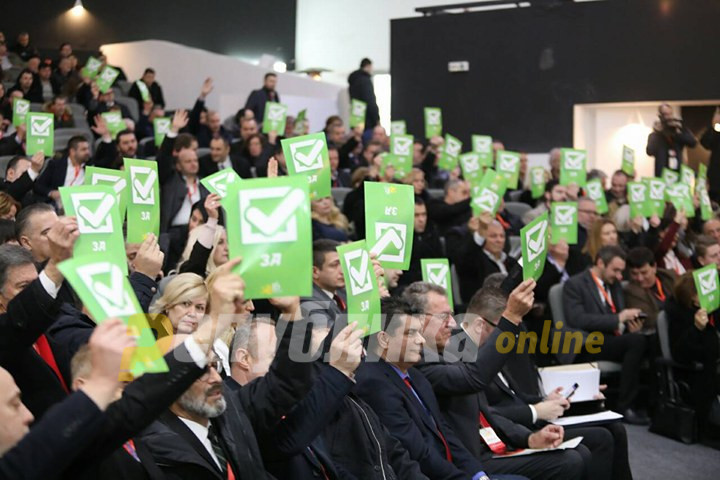 VMRO-DPMNE leader Hristijan Mickoski said that he will support whichever presidential candidate wins the support of the majority of party delegates at the convention scheduled to take place on February 16th. During his interview with a number of editors from media outlets, broadcast live on the public MRTV television, Mickoski called on all the citizens to support VMRO-DPMNE in the coming elections.

All those who believe that the country is not going in the right direction, and polls show that their numbers are enormous, I call you to join us regardless of your partisan or ethnic background. The foundations of the country are cracked and we can’t build our house on top of them. We need a reset in our society, Mickoski said speaking about the coming presidential elections.

As for his own ambitions, Mickoski said that he is prepared to serve as Prime Minister of Macedonia.

The party demands that early general elections are held simultaneously. So far, only VMRO-DPMNE member of Parliament Vladimir Gjorcev announced he will seek the party’s nomination, while law professor Gordana Siljanovska said she will consider a run, without specifying whether she would also seek the VMRO nomination.