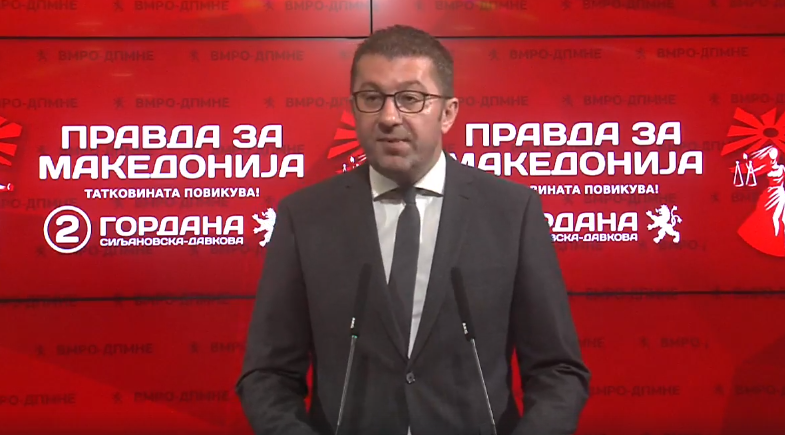 VMRO-DPMNE President Hristijan Mickoski said that the decision by the SDSM led Government to increase the gas tax at a time of unprecedented economic crisis is driven by lucrative interests of people close to the ruling party. The gas tax was hiked by two denars per liter, preventing the full effect of the drop in gas prices to be felt by hard pressed consumers and businesses.

This is a clear cut example when a small cadre of businessmen, who are linked to the ruling party or the ruling family by blood or kinship are making sure that their personal interests are placed above the interests of the public. This brings us back to the 1990ies, Mickoski said, speaking about a period when SDSM officials were grabbing state owned companies as their own and were enriching themselves using import permits.

Mickoski accused SDSM party leader Zoran Zaev of being unable to access foreign sources of funding to support Macedonia during the crisis, and of resorting to steps that will further impoverish the citizens. He pointed to the announcement from D.C. that oil prices will go up again after a deal with Russia and Saudi Arabia to cut production, and asked the Government whether it will reduce the gas tax once the price goes back up again.

Our citizens are under curfew in self-isolation, many haven’t received their salaries and instead of allowing them to make some advantage of the favorable low gas prices we are pushing them in the opposite direction, Mickoski said.