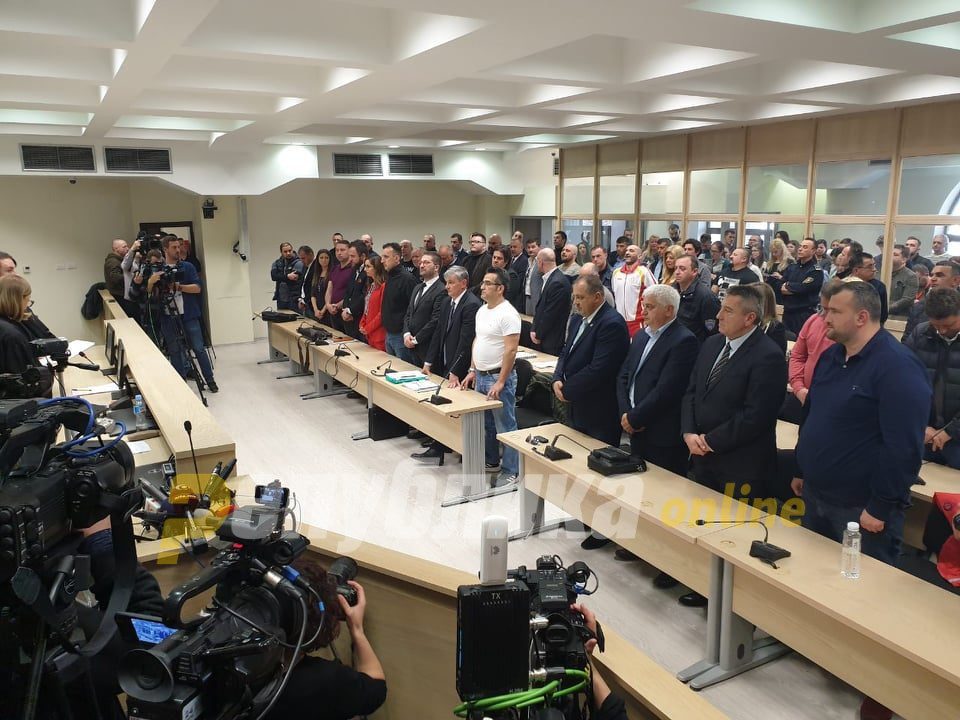 The defendants from the April 27th trial have right to seek a retrial, if new evidence is presented, said VMRO-DPMNE leader Hristijan Mickoski in his Fokus interview. Mickoski pointed to other politically divisive cases like the 2002 Sopot mine attack and the 2012 Good Friday massacre, in which the sentenced perpetrators were given retrials – the first case ended with exoneration.

I’m not asking for mercy or pardons. If there is a new trial, the defendants can prove that there is no evidence of their guilt. The case was fraught with violations, we have a defendant who was trained since high school to protect the constitutional order, and is now sentenced for violating it – he was granted house arrest and had it taken away without his lawyer being allowed to submit a complaint. These violations were confirmed by the European Court of Human Rights, Mickoski said.

In the trial, 16 people were given long prison sentences over the 2017 storming of the Parliament. The Zaev regime used the trial to blackmail three VMRO-DPMNE members of Parliament and force them to vote for the name change – meaning that only simple protesters and police officials were sentenced in he trial. This, according to Mickoski, is more proof that the trial was politically driven.

Prosecutor Ruskoska says that those who were pardoned from this trial, were released to serve a higher purpose, meaning the name change, Mickoski said in his Fokus interview.

VMRO-DPMNE joined a recent large protest to demand retrial for the defendants, and Mickoski met with President Pendarovski, who agreed that the “terrorism” charge is not proper in this case.