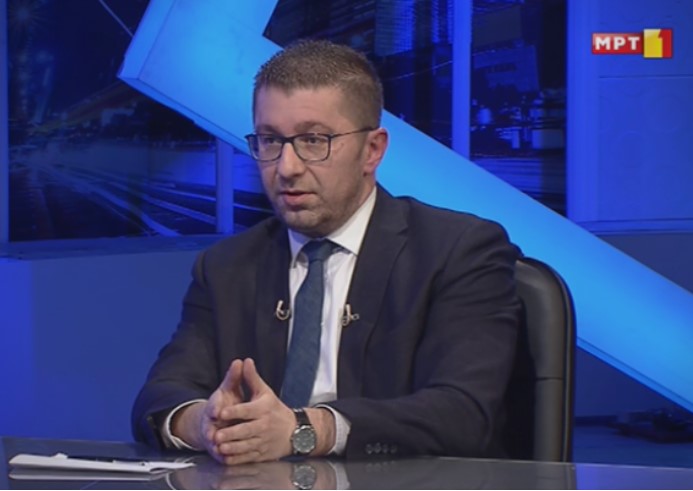 In his interview with a group of editors from across the political spectrum in Macedonia, VMRO-DPMNE President Hristijan Mickoski explained the reasons why the party insists on holding early general elections, under the rules put in place to guarantee that the vote is free and fair. Mickoski cited the transparent ballot stuffing in some largely ethnic Albanian parts of Macedonia during the recent referendum as evidence of what will happen if the next elections are held without opposition representatives present in the Government.

The rules for holding the next general or early general elections are clear – part of the departments in the technical Government organizing the elections will be led by opposition representatives, and some of the deputies in other departments will also be opposition candidates. SDSM and this Government are not prepared to allow a realistic comparison of forces and to allow free and fair elections. A clear example was visible during the referendum, when, according to official data, at some polling stations one person voted every 2.4 seconds, which is a superhuman accomplishment, Mickoski said, referring to the suspiciously high turnout in the last hour of the voting in some places.

VMRO-DPMNE insists that early general elections are called along with the presidential elections scheduled for late April and early May, and that the rules to incorporate opposition representatives in the Government are enforced.

We called the majority in Parliament to muster strength, and, if they really enjoy the popular support they claim they do, and if they really share the self-confidence Zoran Zaev displayed in his statements before his skiing trip, that they are a shoe-in for another four year term, then let’s confront the citizens, said the opposition leader.

Several ministers in Zaev’s Government, like Damjan Mancevski and Renata Deskovska, said that they support holding early general elections. Mickoski said that, if no early elections are called, VMRO will still participate in the presidential elections, will work to prevent all irregularities and attempts to rig the vote, and will win.

If SDSM opts to hide and avoid the public, it will be clear that their intentions are dishonest and that they want to manipulate the vote. VMRO-DPMNE will do all in its power to stop that from happening, Mickoski said.