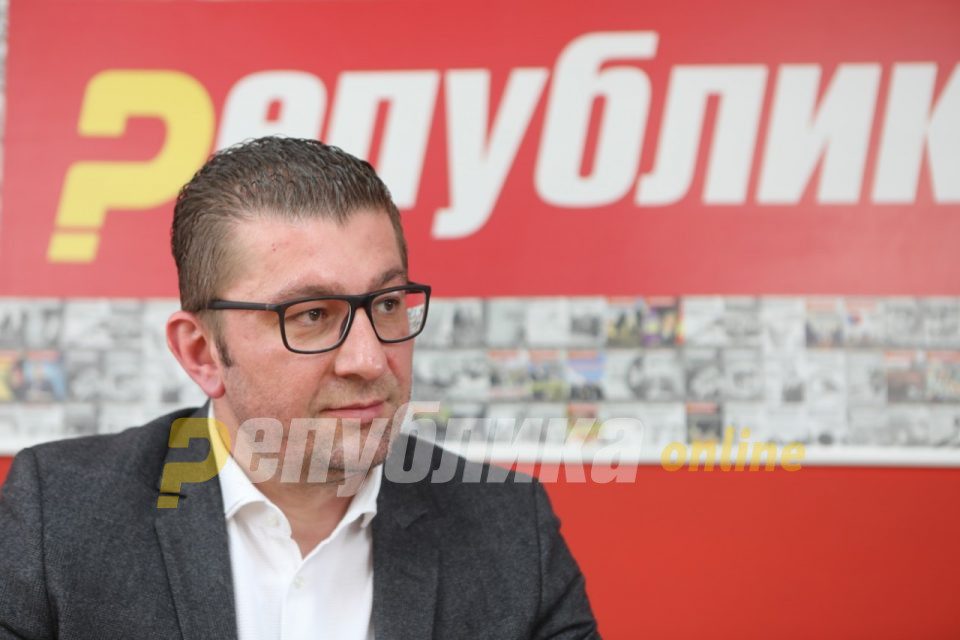 What is common for Dimo and Deki is that they have been part of VMRO-DPMNE from an early age. Although at different times, they, practically each in his generation, grew up in the party. Today, the despot also attacked them. Earlier this morning the instructed prosecution carried out another ordered attack. The reason, of course, is explained in detail, although with many holes, ambiguities and inconsistencies, but even young children know the real reason.

Dimitar Dimovski talked about the despot’s crimes, and Dejan Mitevski defeated the government in the first round of the presidential election, and confirmed victory in the second round. Certainly, there is also the motive of the authorities to cover even bigger scandals, but about this in the coming period. The prosecutor’s office is nowhere to be found when it should decide on the violent mayor, the deputy prime minister, whom a government adviser has indicated as a criminal, the tenders in the health care sector, the businesses of the despot’s brother, but the prosecution is dealing with innocent people. This is the true captured state, even more than that, VMRO-DPMNE leader Hristijan Mickoski wrote on Facebook following Friday’s detention of several people including Dimitar Dimovski, member of the Executive Committee of VMRO-DPMNE and Dejan Mitrevski, chairman of the municipal committee of this party in Aerodrom.

But I know that Dimitar, Dejan, Mile and all the others, whom I know and do not know, and today they have found themselves at the target of the criminal government will withstand, and they will win together with us. We believe in VMRO, and VMRO is a cause, and our cause is our Macedonia. And they will not break us, because we will go to the end, until the final defeat of the Despot who is on his knees and who in despair raises his hand to silence the opposition and until a joint victory for Macedonia. I owe this to the brothers and sisters who suffer because of the persecution of Dimitar, Dejan and the other people, to those employed in the institutions that tremble about their jobs, to people who in poverty and in poverty find hope in us, my children and all future generations. I owe it to my fatherland. And after that victory of the people, those who now think they are the strongest will remain the weakest. You have my word, he added.

And finally, the leader of VMRO-DPMNE emphasizes, I understand and hear all the loud screams of revolt and fully understand their emotional reaction, even my personal emotion is big, huge, but I owe victory to the hundreds of thousands of our fellow citizens in a grueling marathon, not a quick sprinting defeat.