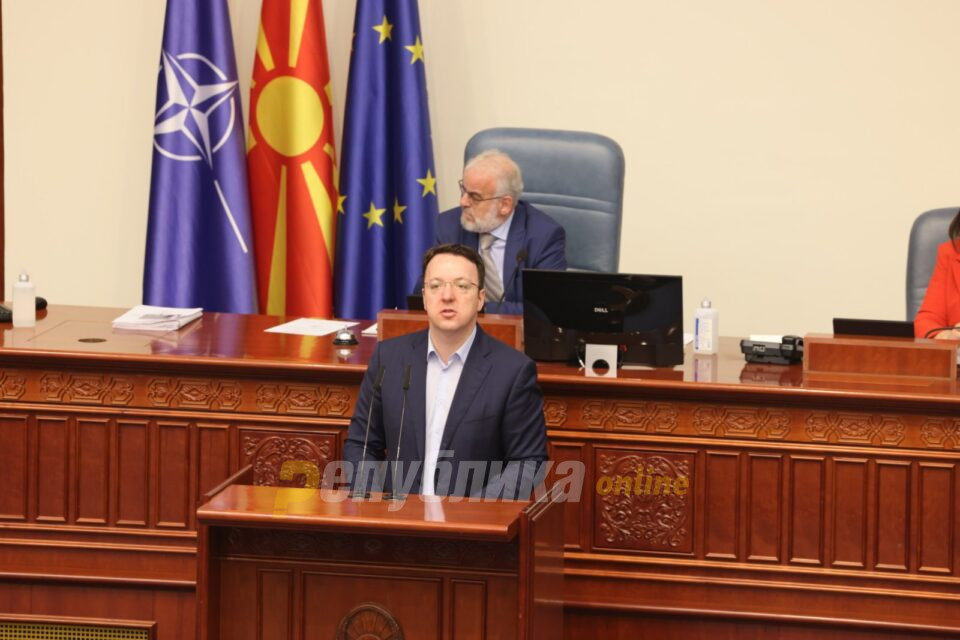 VMRO-DPMNE Vice President Aleksandar Nikoloski, who leads the EU Integration Commission, welcomed the fact that the recently released EU progress report on Macedonia focuses on the problem with crime and corruption.

I would say that the European Commission openly acknowledges that there is no progress in this area. It is practically said that the recommendations made in previous reports were not implemented at all and that more needs to be done. This is the key reason why several EU member states were preparing their own parallel reports in the past years which are different from the official EC report, Nikoloski said in a TV24 interview.

He added that the report notes the widespread problem of corruption and the non-functioning rule of law system, as well as the lack of serious engagement to fight organized crime and corruption.

The EC wanted to keep alive the conditions to sustain their recommendation for opening accession talks. But this year, after the have decided that the recommendation is accomplished – even though it has not, since we are still blocked by the condition to amend our Constitution – the report has become more realistic in the area of corruption. If you follow the presentation of Commissioner Varhelyi closely, you will notice that this line, about the lack of serious and systemic engagement to fight organized crime and corruption, was emphasized, Nikoloski said.