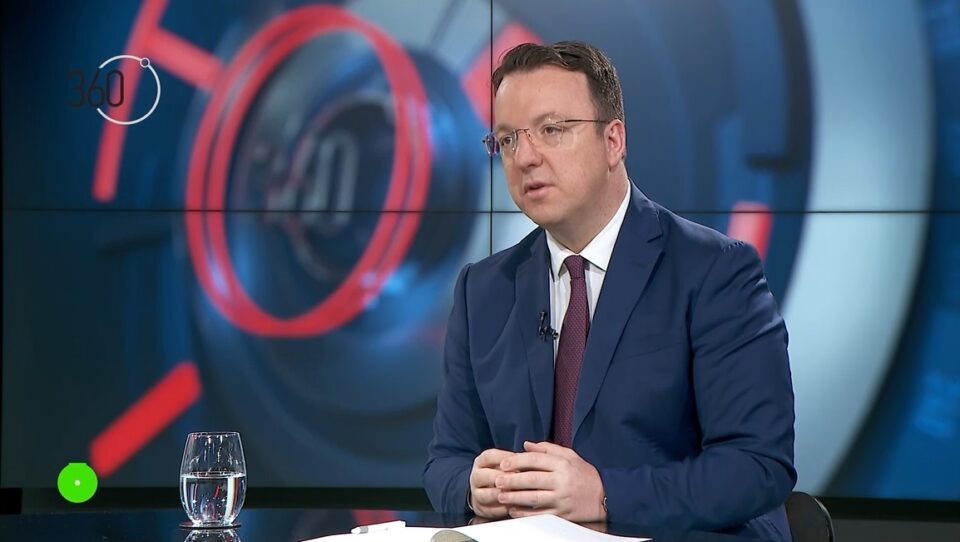 75 percent of ethnic Macedonians are opposed to the French proposal and it is causing stratification in our society, said VMRO-DPMNE Vice President Aleksandar Nikoloski in his 360 Degrees interview. He said that the national interests of Macedonians need to be taken into account and that VMRO-DPMNE is aligning its policies in accordance with this need.

We see stratification among the citizens, between the voters of VMRO-DPMNE and SDSM. This means that we guide our policies based on the pulse of the people. The leadership of SDSM does not listen to its own members, but that is their own problem, Nikoloski said.

He added that VMRO-DPMNE will continue to reject the requests to amend the Constitution in line with the Bulgarian demands, outlined in the French proposal. Nikoloski said that the negotiating framework with the EU is not unchangeable and could be re-negotiated.

The consequences of this bad proposal are serious and it’s a fact that Macedonia is put in an exceptionally bad position. Our patriotic duty and goal is to do what is best for the country. We will present a detailed proposal once we are in the Government, since we don’t have all the aspects yet. But we will definitely not accept a proposal that humiliates the Macedonian people, language and culture, Nikoloski added.