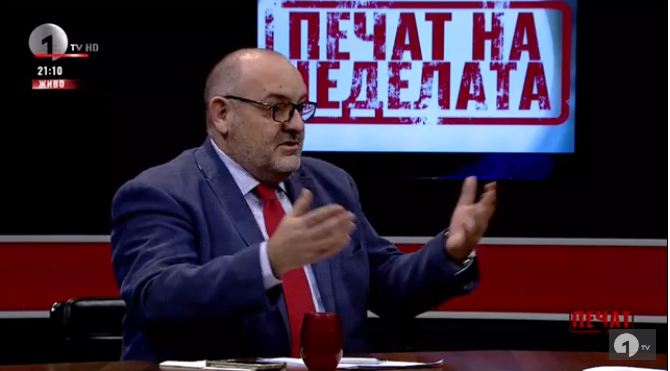 In the latest sign of growing concern among SDSM circles over the denied EU accession date, one of the leading supporters of Zoran Zaev in the media, Saso Ordanoski, wrote a resentful comment about German Chancellor Angela Merkel. Ordanoski has long cultivated a public persona of someone who is in the know with diplomatic circles, especially the German Embassy in Macedonia, and therefore his editorial about Merkel, titled “Et tu Merkel?” to evoke the stabbing of Caesar, included unexpectedly strong expressions of hurt and betrayal from a political option which has frequently counted on support from outside to gain and maintain power in Macedonia.

It is very sad that Macedonia, to general surprise, was given its strongest foreign policy blow at a very sensitive time precisely from Germany. Zaev carefully built his relationship with Merkel, through diplomatic and non-diplomatic channels in the past two or three years and it was understood that there is mutual trust in this relationship. It encouraged Zaev to undertake the major task of achieving the Prespa treaty. This inexplicable German approach toward Balkan geopolitics could entirely destroy the principled basis upon which the Chancellor and the Prime Minister, but also the two countries, built their relationship. Again we see that interest and not friendship drives international politics, Ordanoski writes in his editorial.

Opposition to Macedonia opening EU accession talks initially came from France and the Netherlands, then Denmark joined the club, but recently the German coalition was clearly split on the issue, with Zaev’s kindred social-democrats in the SPD insisting that talks begin, while Merkel’s conservatives are far more reserved.

Zaev is supposed to meet Merkel on Thursday, Ordanoski adds, in the latest push to get her approval so that Macedonia would open EU accession talks in June, but according to this staunch supporter of SDSM, it’s more likely that Zaev will be pushed to resign as the outcome of this meeting. Zaev has tried to threaten his backers in the EU and the US that he will withdraw if accession talks don’t begin in June, scaring them with the return of the conservative VMRO-DPMNE party to power. Ordanoski echoes this threat aimed at the European capitals, which were involved in bringing Zaev to power in Macedonia.

I dare prognosticate that this move by the Iron Chancellor will dramatically affect German but also Western positions in the Balkans. Those who always said that it is not worth making concessions under Western pressure will have a field day, Ordanoski said, comparing “Merkel’s duplicity with the trustworthiness of Putin, Orban and Erdogan”.

European leaders remain deadlocked in talks over Macedonia and Albania