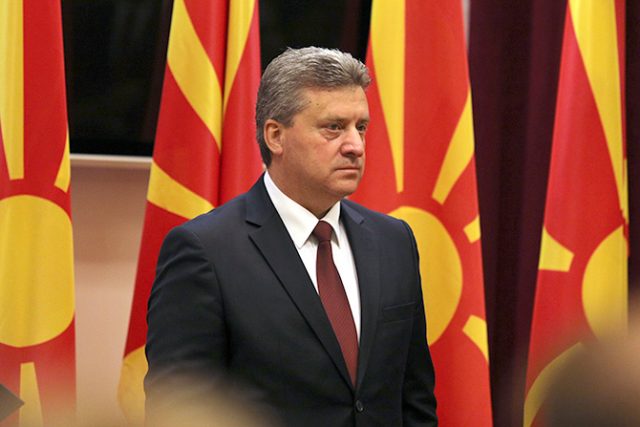 Macedonian President Gjorge Ivanov strongly condemned the decision of the ruling SDSM and DUI parties to publish the constitutional amendments and the law on the use of languages in the Official Gazette, even though the President did not sign either of them. President Ivanov says that this is highly illegal and called the judicial system, but also the international community, to respond to this violation of the rule of law and the systemic political norms in Macedonia.

Late yesterday evening we were able to see the true face of the ruling SDSM and DUI coalition, a coalition which insists that it is pro-European. Publishing the law on the use of languages and the law on the ratification of the Prespa agreement in the Official Gazette without the signature of the President of the Republic of Macedonia is in violation of the Constitution. Submitting these laws to be published in the Official Gazette violates article 75 of the Constitution and is also basis for criminal charges. At this moment we need to see whether there is a Constitutional Court in the Republic of Macedonia, whether our prosecutorial service is operational, do we have an independent judiciary and is there rule of law in this country. I call on the high representatives of the international community who support this coalition in power, will they speak up and support this way of lawmaking? Will they support these precedents which bring unimaginable consequences and damage to the rule of law and will these precedents be used in neighboring countries as well?, Ivanov says in a press release.

He refused to sign the law on the use of languages saying that it is clearly in violation of the Constitution. Under the Constitution, as part of the peace process after the 2001 war with Albanian insurgents, the Albanian language is in official use in part of Macedonia where Albanians constitute at least 20 percent of the population. Under the new law, which the SDSM party adopted under pressure from the ethnic Albanian parties in its coalition, the Albanian language is a second official language of Macedonia, in use in all public institutions, and heavy fines will be given to institutions and even public employees who don’t use the language. The “Macedonian part” of the Government is largely silent on the law on the languages, while the “Albanian part” is jubilant, posting gleeful pictures on social media accounts, even sparking a dispute between the rare ethnic Albanian member of Parliament from SDSM and the exclusively Albanian DUI party over who contributed more to the law. 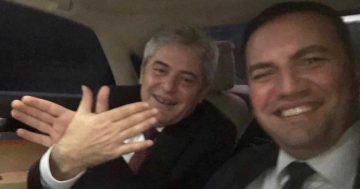 The Government and the Parliament didn’t even submit the amendments to the Constitution, which rename Macedonia into North Macedonia, to the President for signing. Prime Minister Zoran Zaev said that the Parliament adopted an act declaring the amendments valid as they were voted in, and sent them to the Official Gazette. Both acts are signed by Speaker Talat Xhaferi, and the director of the Official Gazette said that they included a footnote explaining why they accepted these acts to be published without the signature of the President of the Republic.

The Government insists that the role of the President is merely “ceremonial”, despite the clear constitutional article which make him part of the legislative process. 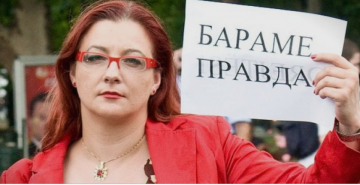 Xhaferi is brutally violating the Constitution. This is legal assault equal to the physical assault in the Parliament and only acceptable response must be to completely ignore this unlawful law, said law professor, and former high ranking SDSM official, Karolina Ristova Asterud, in response to yesterday’s events, adding that “this will not end here”.