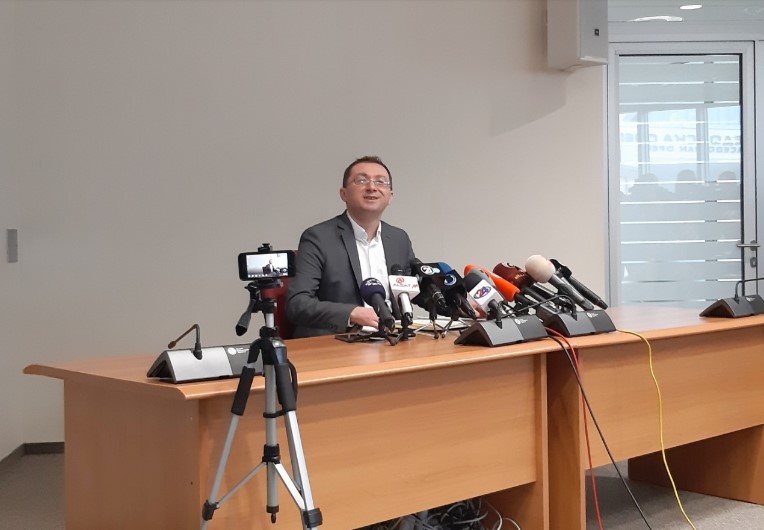 Prosecutor Saso Rajcev said that the OJO state prosecutors are now investigating whether, besides their office, the organised crime department was also being investigated.

Conversations OJO state prosecutors had on their fixed line phones were possibly tapped since September 2016, up to until a few months ago, Public Prosecutor Ljubomir Joveski revealed. The switch-board used in OJO had the option to record all conversations, and Rajcev confirmed that some were recorded.

Prosecutors say they are investigating the Racket 2 scandal

Janeva and her lawyers inspected most of the evidence against her