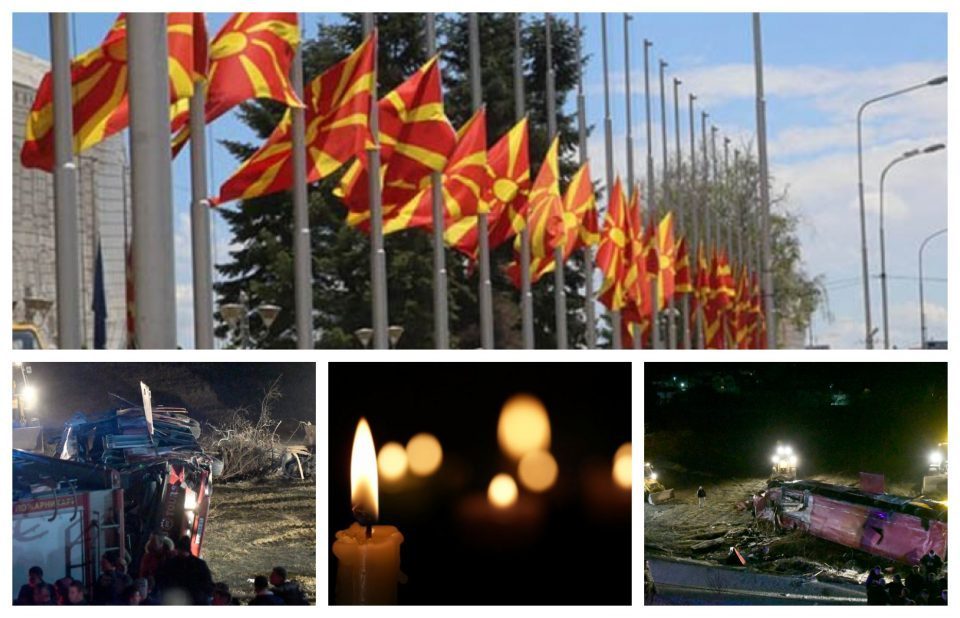 All through the day families in Gostivar were saying goodbye to their loved ones, who died in the bus crash on the Skopje – Tetovo highway. The loss of young men full of potential, parents and grandparents brought grief across the country.

One of them, Onur Sadiku, was set to celebrate his 20th birthday next month. He was in Skopje for a test at the Medical Faculty he attended and was coming home to Gostivar. Today his colleagues told his bereaved family that Onur had passed the test.

Two other casualties were students returning from universities in Skopje. Boban Avramovski was 22. He attended the FON Faculty of Design in Skopje. His colleagues were expressing their deepest condolences for the young man on the university social media page. Bejza Uzeiri (21) was an architecture student from the village of Dolna Belica. She also took the ill fated bus home to be with her family.

Valdeta Hamiti (30) left behind a 4 year old daughter and a 7 month baby. She was on leave from her work at the Mother Teresa University in Skopje to take care for a sick child, and only returned to work on Wednesday.

Dejan Ristoski, an IT engineer working at the National Bank of Macedonia, also left two daughters behind. His family and his football team were the big passions of his life.

Jovica Trpevski was 25, and son of member of Parliament Blagojce Trpevski. Jovica was devoted to the Gostivar basketball club. The Macedonian basketball cup was postponed for two months until his team deals with the loss.

Trpana Janeska (63) took the bus home after visiting her daughter’s family and her grandson in Skopje. Retiree Esat Emrulai (66) is the oldest of the casualties – a Halk bank employee, he survived the crash and even told his family that he is expected to recover from the injuries, only to succumb later.

Zoran Davidovski (37) was head of the traffic department in the city of Skopje. Rametula Abdurahimi (34) was a big fan of biking. Pavle Kostovski (24) worked in the Association of consumers of Macedonia. Their families and friends shared details of their lives throughout the day.

The death toll stands at 14, and several passengers still considered critical. Earlier reports that a 15th passenger has died were caused by a name mix-up and were later dismissed.
Arse Arsovski was 56 and came from the village of Zelezna Reka near Gostivar. Besim Fetai (39) was from the village of Senokos. Ajdin Ismaili from Gostivar was 26 when he died.