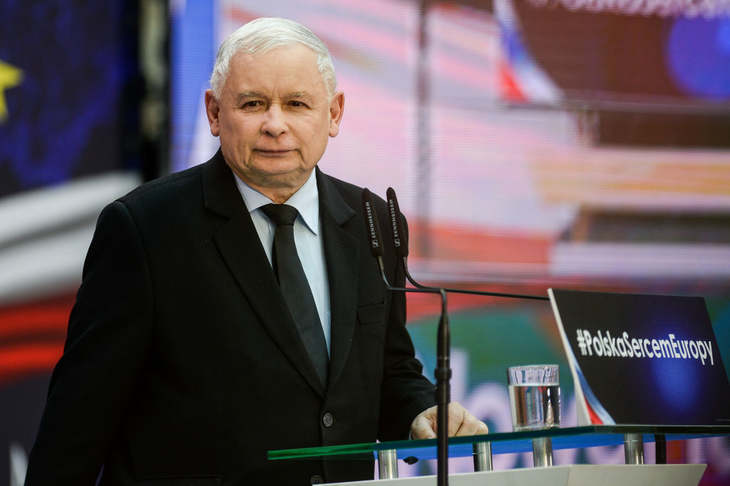 The idea of “Polexit” is an invention of the opposition propaganda, Poland wants to remain in the European Union as a state that retains its sovereignty, Jaroslaw Kaczynski said. The chairman of Poland’s ruling party also pointed out that the EU’s founding treaties are being abused today and need to be clarified, the V4 news agency reported.

There will be no Polexit. This is a propagandistic invention that has been used against us many times, Kaczynski said during an interview with Poland’s state news agency (PAP), responding to the opposition’s repeated allegations. He stressed that the government “clearly sees the future of Poland within the EU”.

According to the deputy prime minister, the EU is in crisis and Poland’s Law and Justice party (PiS) stands firmly in favour of resolving this. He complained that the EU’s founding treaties are “for the most part not being adhered to, or are being used as a means (of attacking individual member states).”

As a further objection, Kaczynski also underlined that the principle of equality between EU member states is being quite drastically violated with the strongest states, especially Germany, wielding the Union as an instrument. This must be rejected and the EU’s founding treaties must be amended to make violating them radically more difficult, he stressed.

During the EU debate on the future of Europe, Warsaw “endeavours to present an alternative plan to what is emerging there,” Kaczynski said, adding that PiS has clear ideas about this, which will probably not be a simple process, but one requiring years to implement. “We want to be in the (European) Union, but at the same time we want to remain a sovereign state,” the PiS leader continued. He called for respecting the EU treaties meticulously, including the separation of the economic and foreign relations competences delegated to the EU from areas remaining in the exclusive remit of member states. He mentioned justice as one of the latter, which “cannot be the subject of the type of interference that is currently occurring,” he emphasized.

Kaczynski also called for respect towards the principle of the equality of member states in a “revised” EU, after clarifying the treaties. “If something is allowed in one state, it must be allowed in all,” he pointed out. The Polish government led by PiS has on several occasions interpreted the EU institutions’ criticism of their reforms, including the judicial one, as using a double standard. In the case of many Polish reforms, Warsaw argues that those have also been implemented by other EU member states, yet Brussels has never criticised them.