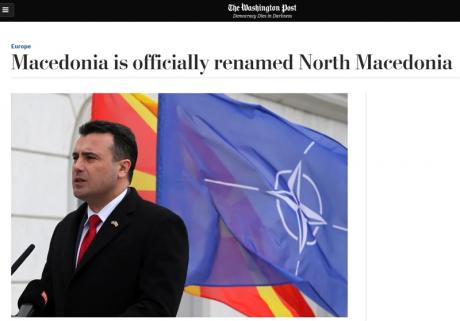 Tonight, after the government ‘s press release stating that the Prespa Treaty today is officially entering into force and the country is officially called the Republic of North Macedonia, the websites of the Government and Parliament immediately updated the changes with the new name.

The name change finally resolves a dispute with Greece dating back to Macedonia’s declaration of independence from the former Yugoslavia in 1991.

Washington Post: EU lied to Macedonia, there will be no date to open accession talks