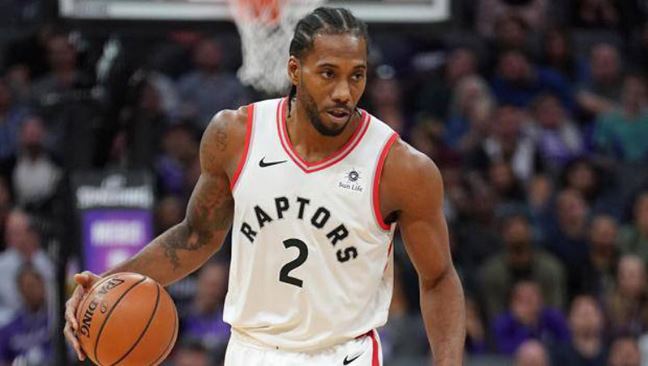 Norman Powell scored a season-high 14 points, and the Raptors won their fourth straight at home.

Jae Crowder scored a career-high 30 points, Derrick Favors had 21 and Donovan Mitchell scored 19 as the Jazz dropped to 10-12 on the road and 18-20 overall. Utah’s Rudy Gobert scored 16 points, and Ricky Rubio had 14.

Leonard made all seven of his field-goal attempts in the third quarter and added five foul shots. His 19 points were the second most in any quarter by a Raptors player this season. Serge Ibaka scored 20 points in the first quarter of a Nov. 4 road win against the Los Angeles Lakers.

Leonard shot 16 for 22 overall, missing all three attempts from 3-point range. He went 13 for 17 at the free-throw line.

After making two 3-pointers in the first half, the Raptors connected on their first three long-range shots of the third quarter, turning a two-point halftime deficit into a 12-point edge midway through the quarter.

Leonard scored 10 points in the first quarter, and all five Raptors starters made at least one basket as Toronto led 26-24 after one.

Jusuf Nurkic had a monster night — 24 points, 23 rebounds, seven assists, five steals and five blocked shots — as Portland rallied from a nine-point deficit with three minutes remaining in the fourth quarter to pull out an overtime victory at Sacramento.

Damian Lillard collected 25 points, six rebounds and six assists, and Seth Curry came off the bench to produce a season-high 18 points for Portland.

Buddy Hield scored 27 points and Nemanja Bjelica contributed 14 points and 16 rebounds for the Kings, who trailed by 14 points at halftime but stormed back to lead 101-92 with 3:10 remaining in regulation.

Joel Embiid returned after missing a game with a sore left knee and had 28 points and 19 rebounds to lift Philadelphia to a win at Los Angeles.

Embiid, the team’s leading scorer and rebounder, missed the Sixers’ 129-95 loss at Portland on Sunday.

Nikola Jokic had 19 points, 15 assists and 14 rebounds, Malik Beasley scored a career-high 23 points off the bench, and host Denver beat New York. Jokic notched his third triple-double this season and the 19th in his career.

Paul Millsap scored 16 points in his second game back from a broken toe to help the Nuggets win their third straight.

Luke Kornet had 19 points, Kevin Knox scored 18 and Enes Kanter had 17 for the Knicks, who have lost eight in a row. Emmanuel Mudiay finished with 15 points in his first game in Denver since the Nuggets traded him to New York last season.

The Bucks, who own the league’s best record at 26-10, have won four straight and eight of their past nine. The Pistons have lost three straight and 12 of
their past 15.