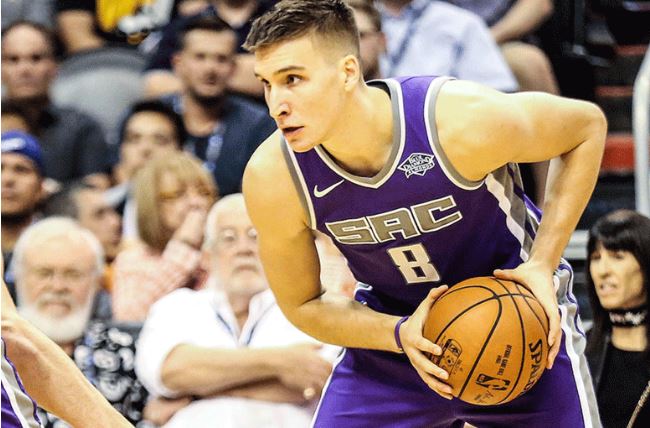 Bogdan Bogdanovic made a three-pointer at the buzzer to give the Sacramento Kings another come-from-behind triumph, earning a 117-116 victory over the visiting Los Angles Lakers, who were without an injured LeBron James.

After coming back from 19-point deficits in each of their last two home victories, the Kings took down the Lakers after trailing by 15 points with just under seven minutes remaining.

Lonzo Ball nearly delivered his own triple-double for the Lakers, scoring 20 points with 12 assists and nine rebounds.

Kyle Kuzma scored 33 points for Los Angeles and Brandon Ingram added 22 as the Lakers played without James for the first time this season.

Trailing by 15 points with 6:44 to play after an alley-oop dunk from Tyson Chandler, the Kings went on the attack. Sacramento tied the game 112-112 with just under a minute remaining on three free throws from Justin Jackson.

Kuzma gave the Lakers a 115-112 edge on a three-pointer with 41 seconds remaining.

Ingram later made 1-of-2 free throws with four seconds remaining for a 116-114 Los Angeles lead before Bogdanovic made the long-distance three-pointer to win it as time expired.

Mayor Silegov asks his party for a second term, other mayors in Skopje face female rivals

Centar Mayor Bogdanovic denounces Zaev for his criticism of Yugoslavia