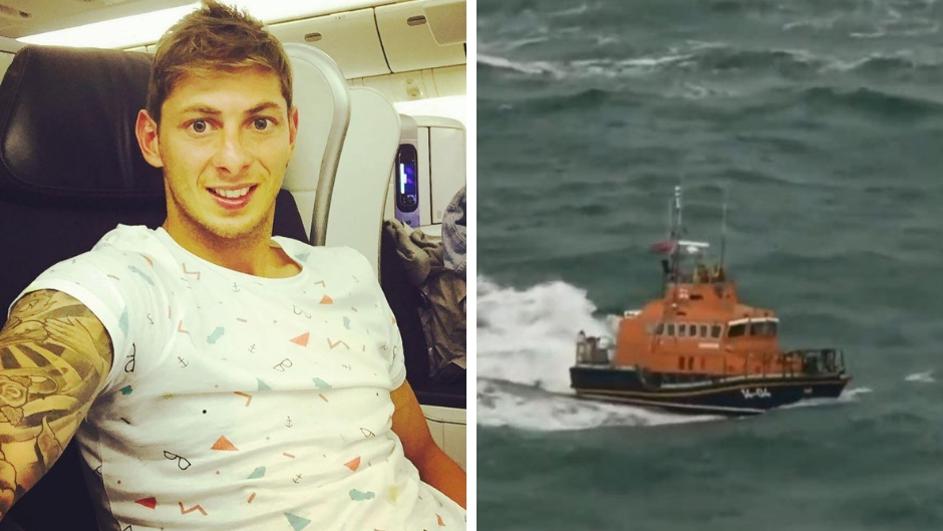 A recording of Argentinian footballer Emiliano Sala sharing his fears of being onboard the plane taking him to Cardiff has emerged in the wake of his d]=[][[[[isappearance.

Sala, who was recently signed by the struggling Premier League club for $29 million, is missing and presumed dead after his flight dropped off the radar on Monday night just an hour after taking off.

Argentina’s ole.com reported Sala had sent a voice message to a group of friends on WhatsApp where he admitted his fears of being aboard a plane that looked “like it was about to fall apart”.

“I’m here on a plane that looks like it’s about to fall apart, and I’m going to Cardiff, crazy, tomorrow we already start, and in the afternoon we start training, boys, in my new team.”

He later sent another message saying: “How are you guys, all good? If you do not have any more news from me in an hour and a half, I don’t know if they need to send someone to find me… I am getting scared!”

The 28-year-old striker had travelled in the same plane from Cardiff back to France on Sunday and complained about that flight being “bumpy”.

Police said floating objects had been found in the area the plane was thought to have gone down, but were unable to confirm if they were parts of an aircraft or not, with no signs of the two on board.

Emiliano Sala sent a message to his beloved ones: “I’m on the plane. It looks like it’s falling apart. If in an hour and a half you do not hear from me, I do not know if they will send someone to pick me up because they will not find me … I’m scared.” 🥺pic.twitter.com/2Zdmeu3ct0