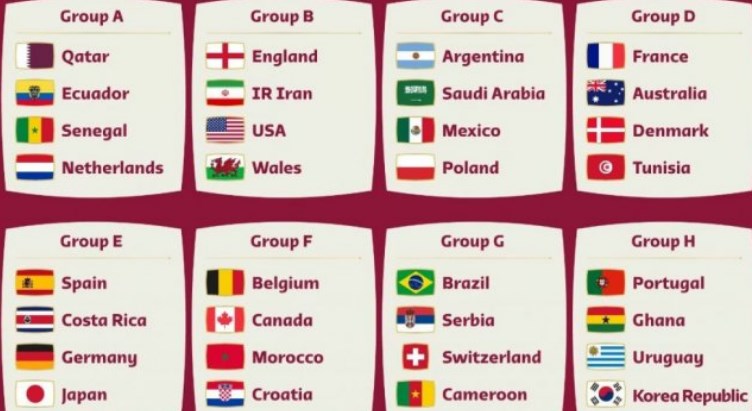 The long-awaited FIFA World Cup Qatar 2022 will finally kick off on Sunday.

This year, and for the first time ever, the 22nd edition of the tournament is taking place between November and December, shifting from the long-standing custom of playing in June and July.

The competition, which was postponed due to the severe heat in the host nation Qatar, will be the first one to be held in the Middle East, and the second in the Asian football confederation.

The tournament will be unveiled by an introductory performance ceremony that has become part of tournament tradition.

The ceremony was initially slated for November 21, after two games had already been played, but it was moved forward along with the first match between Qatar and Ecuador in order to maintain the tradition of the first game featuring the hosts.

Hundreds of thousands of fans have already descended on Qatar to cheer their teams as the world’s football heavyweights square off for this year’s silverware. Thirty-two countries across all continents are warming for this year’s edition of the tournament.

Cameroon, Morocco, Senegal, Tunisia, and Ghana will represent Africa at the tournament and all five countries have previously appeared in football’s biggest tournament. Defending champions France, Brazil, and Argentina, enter the competition as favorites to lift the trophy.

However, the tournament has been marred with several controversies that trace back to 2010, after the Federation of International Football Association- FIFA, soccer’s governing body, selected Qatar’s bid to host the World Cup in 2022.

Several reports particularly from Europe have been written about the host country’s autocratic monarchy, including alleged human rights violations, dissent repression, persecution of LGBTQ persons, and maltreatment of migrant labor.

The most recent decision that sparked outrage was the move by Qatar to ban the sale of alcohol inside or around the perimeter of stadiums. The decision came two days before the tournament’s opening match.

Although Qatar’s World Cup organizers have stated unequivocally that “everyone is welcome,” Qatar 2022 chief executive Nasser al Khater has frequently stated that the government will not change its laws on homosexuality because of the World Cup and has asked visitors to respect the country’s culture.

The tournament will run from November 20 to December 18.

Here is the full match schedule with India timings:

Wales/Scotland/Ukraine vs England – 12:30 AM IST