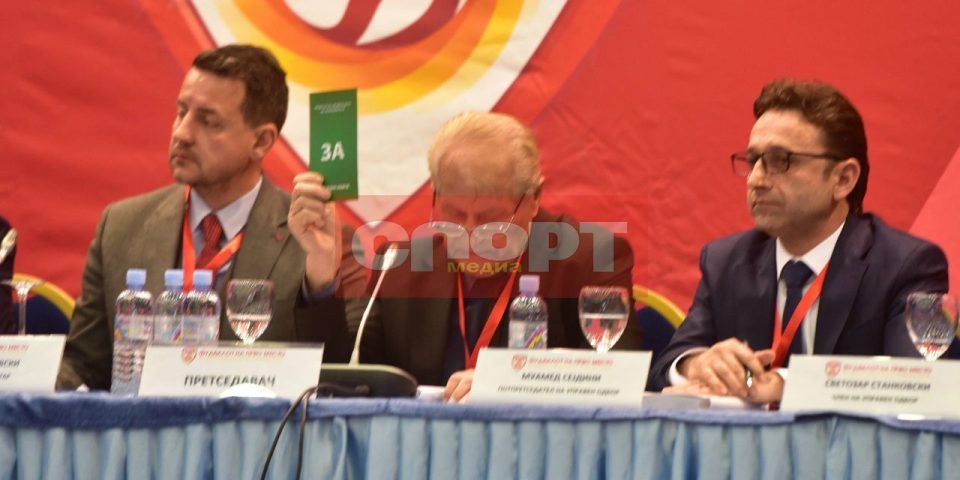 In the attendance of UEFA and FIFA representatives, 82 out of the 90 FFM General Assembly members voted in favor of Sejdini.

“It is a great honor to be the president of FFM and fight for the Macedonian football. The federation’s door will always be open. I would like to express my gratitude for the past cooperation, but also highlight the challenges ahead that we will try to overcome together. I sincerely hope that we will all work together on creating a better future for our football,” said Sejdini after the vote.

He referred to the challenges in the coming period, including support for the national teams, the national leagues, infrastructure improvements, and further development of youth teams.

The new FFM chief also thanked UEFA and FIFA for their support.

“These two organizations represent an indispensable part of our work and I hope we will implement series of joint projects in the future too,” added Sejdini.

Sejdini has been FFM’s acting president since last year, after Ilcho Gjorgjioski left the post to work for UEFA.