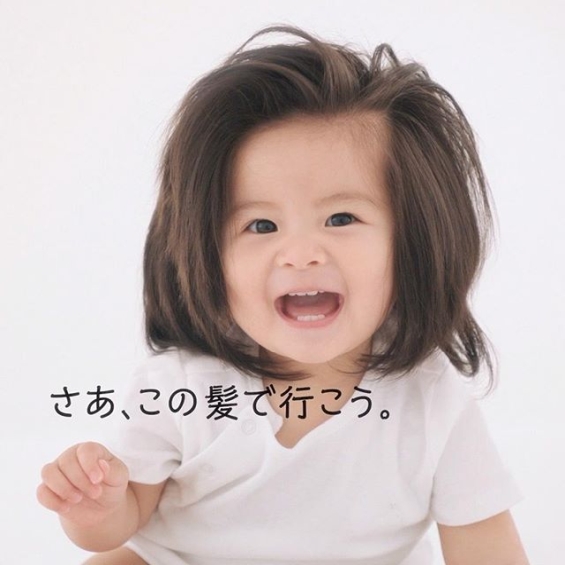 It’s been eight months since Baby Chanco made her hair-raising debut to the world, and the adorable Japanese baby girl — and her impressive mane — are now the stars of a new Pantene ad.

Chanco, who turned 1 year old on December 23, has amassed more than 300,000 followers on Instagram since the first photo of her full, dark hair was posted by her mom, Mami Kano.

“I’m so surprised with the reaction, but also very proud of the praise from many countries,” Kano tells PEOPLE.

Social media users weren’t the only ones to take notice of Chanco’s voluminous locks. After seeing a feature of Baby Chanco in PEOPLE last year that said she deserved her very own Pantene ad, Alex Keith, President of Global Hair Care & Beauty Sector at P&G, agreed.

On January 7, Chanco made her official Pantene debut alongside Japanese television announcer, Sato Kondo, who gained admiration in Japan for her elegant gray hair, in a new ad geared towards women who “want to be positive and make a new start through their hair,” says Okura.

In addition to the Pantene Japan ad, Chanco also stared in her very own digital movie, The Hairy Tale.