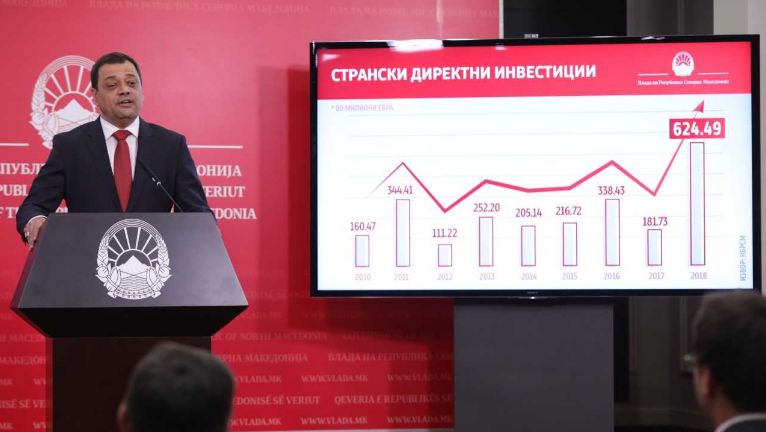 Deputy PM for Economic Affairs Kocho Angjushev said Thursday that foreign direct investments (FDIs) in 2018 amounted to about EUR 625 million, expecting them to rise in 2019 as a result of the Government’s commitment and the NATO accession.

Zaev: Record number of foreign investments, only two Greek are worth 750 million euros

He pointed out that the figures practically show that the government led by Prime Minister Zoran Zaev and the economic team has a clear vision of the country’s industrialization, modernization and creation of well-paid jobs.

All those 18 investors, who have already signed contracts in our country and are building factories, are companies that do not create poor-paid jobs. They are all companies that signed the clause that wages will be over 300 euros and much higher, those are companies that practically create more jobs for highly educated and professional staff, Angjushev explained.

He expressed his expectation that the number of investments in the country in 2019 will further rise thanks to the Government’s commitment, as well as the country’s NATO accession, which gives stability to the country and encourages foreign investors to invest.

Bocvarski insists that Macedonia will become a regional gas player