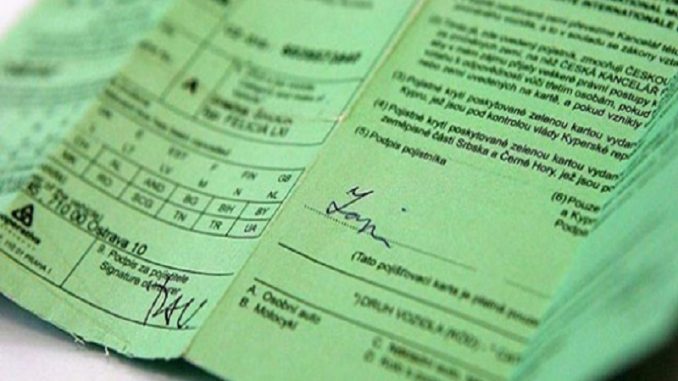 Motorists in Macedonia will be hit by a significant new fee as the Government announced that it will make purchasing insurance for foreign countries mandatory for all drivers.

The so-called green card costs between 60 and 90 EUR for the year. Vehicles without it are not allowed to leave the country, but many citizens who only use their cars for domestic purposes opt not to purchase a green card. According to Klime Poposki from the Insurance Supervision Agency, Macedonia must make purchasing the green card mandatory, as part of the annual test, if it wants to align its regulation with that of the European Union.

We are in talks with the insurance industry and are working on a new insurance law. According to the national program to align with the European regulations we should have a new law by 2019, said Poposki.

Poposki said that the prices of vehicle insurance for abroad will also be liberalized, unlike the highly regulated regime in place now.