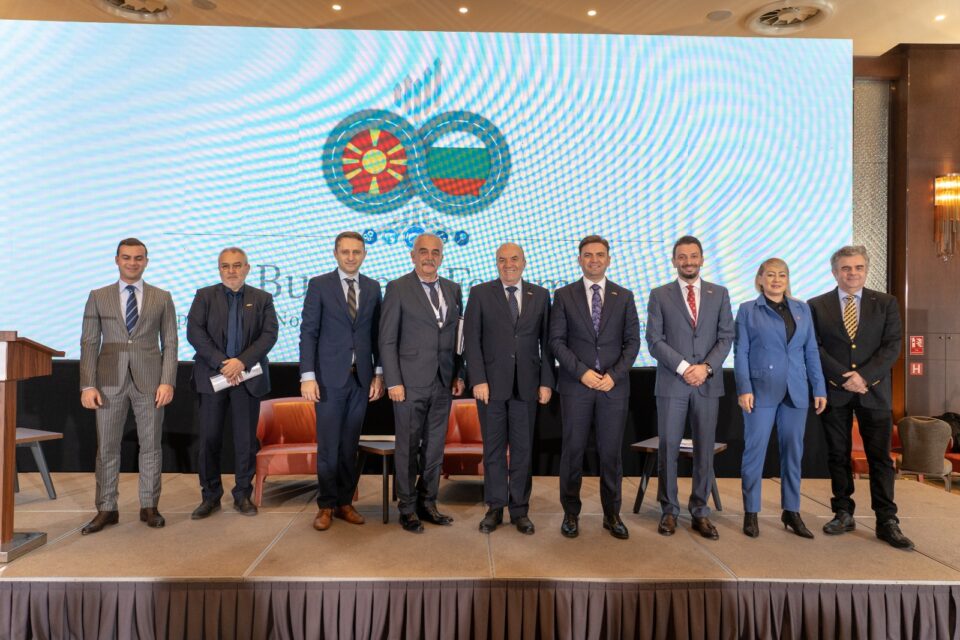 The Foreign Ministers of Macedonia and Bulgaria, Bujar Osmani and Nikolay Milkov, opened the Macedonian-Bulgarian business forum in Skopje on Wednesday, held under the theme “To a billion and beyond” on the EUR 1 billion projected in the trade exchange between the two countries for this year.

At the panels where representatives from the chambers of commerce, the departmental institutions and the business community of the two countries actively participated, with the presence of more than 150 companies, topics from the sphere of energy, infrastructure, agriculture, tourism, IT and industrial development were discussed.

This year, only in the first three quarters, we had a growth of over 50%, with which the trade exchange exceeded 700 million euros, and the projection showed that this year the threshold of one billion euros will be exceeded, emphasized Osmani in his opening address.

Such a positive trend occurs despite the fact that infrastructure connectivity does not facilitate this dynamic, but business entities of both countries find ways to cooperate. In that direction, the reactivated interdepartmental working groups will certainly help, for which a calendar of activities and meetings has been agreed.

Ahead of us is a decade in which our projections are for Macedonia to fulfill the second strategic priority and become a full-fledged member of the EU. I don’t see why we shouldn’t set ourselves an ambitious but achievable goal: in this period, to double this one billion. This is not done by waiting, nor only by the ambition of businesses, but also by creating appropriate conditions for business: infrastructural and energy connection; the construction of railways, and roads; the opening of new border crossings, the encouragement of cross-border cooperation, and so forth, emphasized Osmani.

Within the framework of the business forum, four agreements were signed by companies from both countries, worth over three million euros.