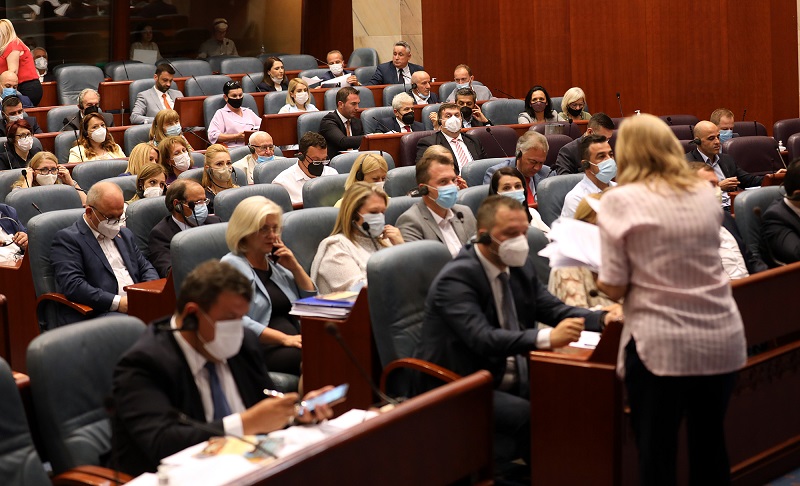 With 100 votes in favor and only three opposed, the Macedonian Parliament adopted a declaration that condemns Russia’s invasion of Ukraine. It was supported by all major parties. Maja Moracanin from the small DOM party, who proposed the declaration, said that “the Russian aggression on Ukraine was entirely unprovoked and amounts to clear violation of international law – it endangers European security and peace on the Continent”.

Antonio Milososki from VMRO-DPMNE added that Ukraine has the right to pursue its own policy and to set its own foreign policy priorities. “As a sovereign country, nobody should interfere in its rights. It is a principle we support and we hope our Government will follow this principle in its negotiations with Bulgaria as well”.

The three votes “against” came from the Levica party (2 votes) and Ivan Stoiljkovic – representative of the Democratic Party of Serbs in Macedonia.