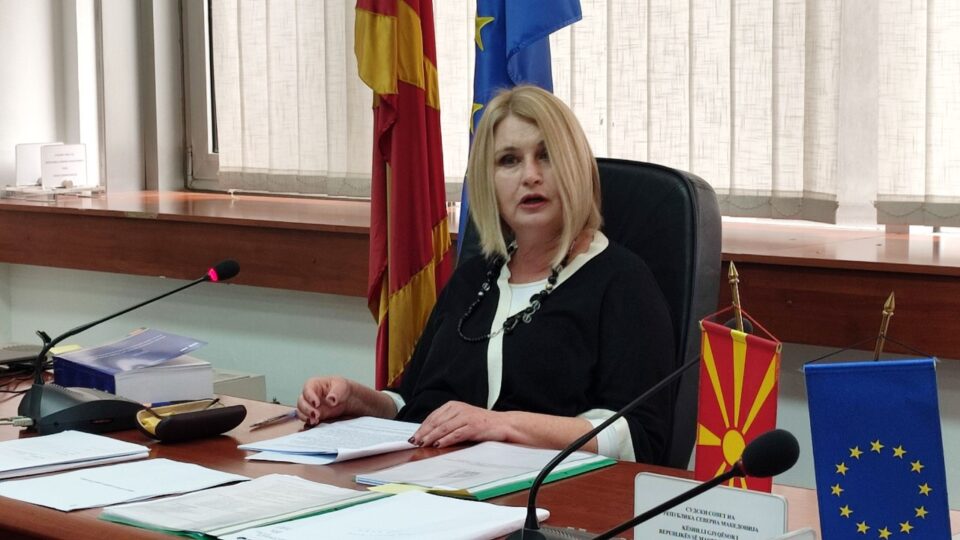 The president of the Judicial Council, Pavlina Crvenkovska, resigned due to what she says was a media frenzy with the publication of false information.

She submitted her resignation before the beginning of today’s 421st session of the Council.

I am informing the public that I am resigning from the position of President of the Judicial Council of the Republic of Macedonia. Immediately after my election to the post, a media witch-hunt began with the ultimate goal of my resignation because my choice for president did not suit a group of the judicial-business elite. To this day, the hunt has not stopped through the distribution of false information to journalists, and internal processes in the Council, which are of key importance for successfully completed tasks and for the functioning of the judiciary, have been continuously obstructed and deliberately delayed, she states in her resignation.

As Crvenkovska states, it became regrettable that, as she says, “instead of devoting ourselves to activities and reforms and improving the situation in the judiciary, it became more important for someone how to attack me and how to harm the projects”.