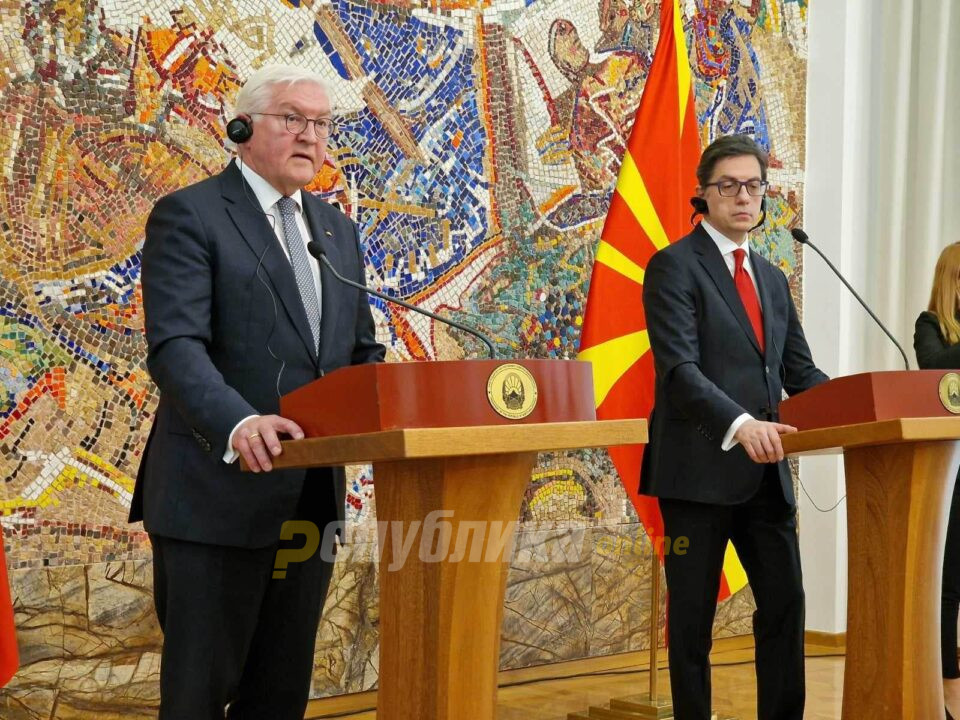 President Stevo Pendarovski welcomed with highest state and military honors his German counterpart Frank-Walter Steinmeier, who arrived in Skopje on Tuesday for a two-day official visit to Macedonia.

President Pendarovski and President Steinmeier held a meeting, which was followed by a plenary meeting of the two delegations. The focus of the talks is the overall bilateral relations between Macedonia and Germany, the partnership in the NATO Alliance and the war in Ukraine, the course of accession negotiations and the European perspective of Macedonia, as well as the possibilities for strengthening economic cooperation and mitigating the consequences of the energy crisis.

President Pendarovski emphasized that the visit by the German president in conditions of changed geopolitics, security threats and energy challenges on the European continent, is a confirmation of our friendship and Germany’s firm readiness to support our region. He pointed out that Macedonia highly values Germany’s commitment to the process of Macedonia’s European integration, development and reform agenda, and especially its constructive role in the Berlin process.