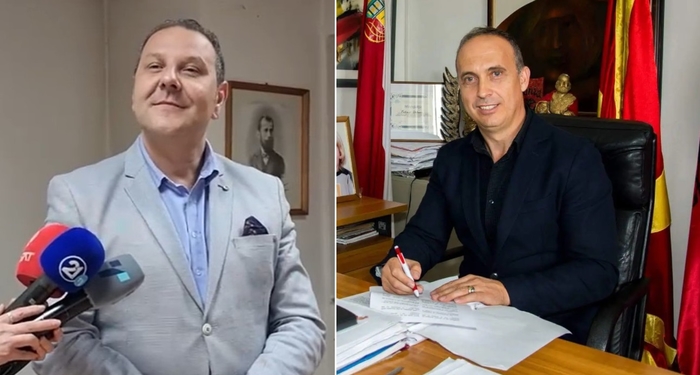 Doctor Aleksandar Jovanovski, who was the VMRO-DPMNE mayoral candidate in Kicevo and narrowly lost to the DUI candidate Fatmir Dehari, said that the outcome is due to the emigrant voters flown in to the city by DUI. DUI party officials, including Government Ministers, organized and welcomed planeloads of ethnic Albanian emigrants from Kicevo who came from Western European countries just to vote in the local election and deny Jovanovski the win.

The citizens wanted change, they wanted us to emerge from the chaos, but there were also voters who do not know how we live here. I’m sorry, but we didn’t have planes, Jovanovski said.

He received support cross ethnic lines in his race to become the first ethnic Macedonian Mayor of Kicevo since the city was gerrymandered to become majority Albanian in 2013. Doctor Jovanovski, who is married to an ethnic Albanian, competed with the incumbent Mayor Dehari, who is a former terrorist commander in Ali Ahmeti’s UCK organization. Ahmeti is from a village near Kicevo and made keeping the seat top priority for the party, even as DUI lost in the bigger cities like Tetovo and Gostivar.