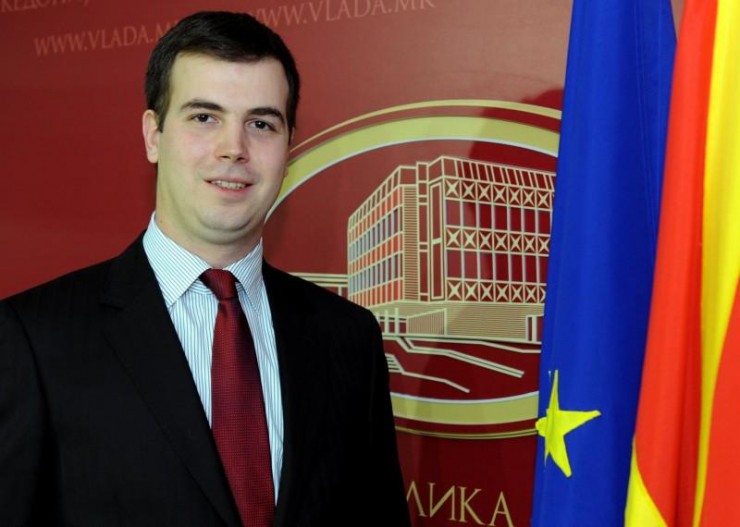 Former Secretary General of the Government, Kiril Bozinovski, as a witness in the case “Vodno Plots”, said Monday that he never delivered money to the defendant Nikola Gruevski, nor was anything like that requested from him. Answering the question of the lawyers, Bozinovski pointed out that Gruevski never told him that he had bought any land in Vodno, nor mentioned any apartments. He saw the Prime Minister occasionally due to his official duties, but he did not have such conversations with him.

Gruevski’s lawyer ex officio also asked witness Bozinovski if he had a safe in his office in the government building.

There was no safe in the government building. I rarely entered the office in the new building of VMRO-DPMNE, on very few occasions. We mainly held the meetings in the government building. I cannot remember if there were safes in the old building of VMRO-DPMNE. There were two safes in my office, one of which was non-functional, said witness Bozinovski.

Both safes were set up by the previous leadership of the party, for the second he did not have a code and never used it. He stressed that they did not keep cash in the party, nor in safes, nor outside them. He did not confirm that Gruevski had a safe in his office.

Asked about Vladimir Cingovski’s statement made in court last month, Kiril Bozinovski clarified that at the time he became VMRO-DPMNE secretary general in August 2011, Cingovski was dismissed from the party’s EC membership and had no party debts. Hence he never brought any envelopes or documents to Kiril Bozinovski as the party’s secretary general, nor was there such a conversation between the two as Cingovski had spoken about recently. He communicated with Cingovski regarding the work but he never received financial means from him. As Secretary General of the Government, Cingovski often received official letters and shipments addressed to the Government, but they were always received and forwarded by the persons in charge in the Secretary General’s Office. The exception was the classified deliveries according to the law, which Bozinovski submitted to the relevant services to the government for collecting classified information. With this and the answer to the direct question of the judge, he completely denied Cingovski’s statement that he had delivered letters and envelopes to him, the contents of which Bozinovski had twice expressed dissatisfaction about.

Asked by lawyer Kiril Bozinovski confirmed that during his time as secretary general, the party’s audit reports did not find any irregularities in the financial operations.

Before Kiril Bozinovski, at today’s hearing in “Vodno Plots”, a civil engineer-expert appeared as a defense witness, who said that the conversion of the disputed plots from agricultural to construction land, along with others, happened automatically when the Detailed Urban Plan (DUP) was accepted and approved by the Municipality of Centar.

The next hearing in this case is scheduled for January 28. The case is being handled by Judge Ilija Trpkov, and the prosecution is represented by prosecutor Lile Stefanova.

“Votno Plots” case verdicts: 7 years in prison for Gruevski, one for Kamcev, one year and three months for Mijalkov

Stefanova demanded maximum sentence for Gruevski, he believes that the prosecutor did not provide any evidence