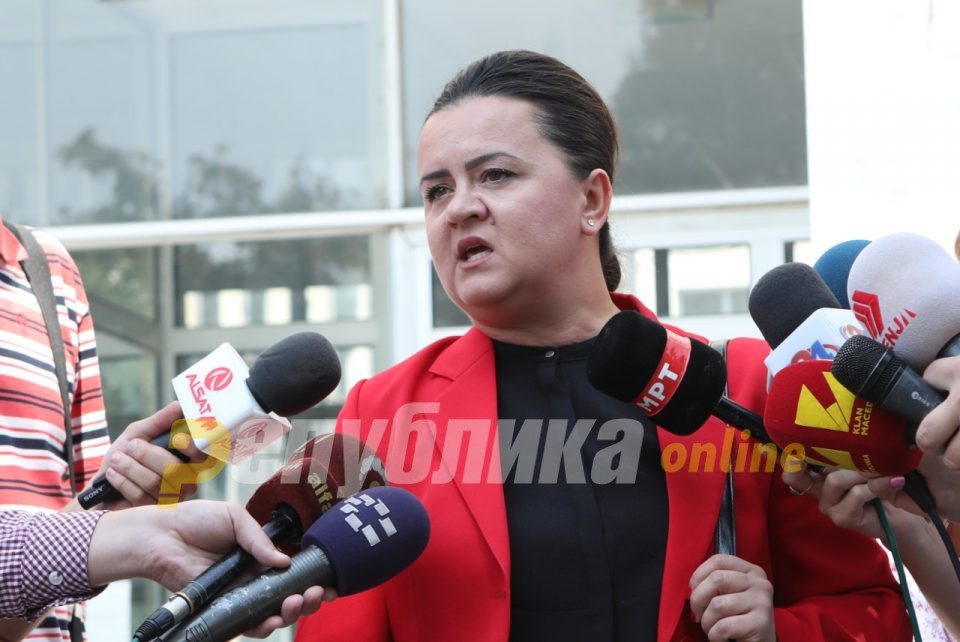 Deputy Parliament Speaker Frosina Remenski, who is also a top SDSM party official, launched an open assault on party Vice President Radmila Sekerinska, over her involvement in the Racket scandal. Remenski is the only SDSM official to be charged in the sprawling racketeering scandal so far. Remenski feels left out in the cold by the party, where many other top leaders were apparently also involved in the scandal, and turned the attention of the public to the fact that Sekerinska’s sister in law was extremely close to one of the main suspects Bojan Jovanovski – Boki 13.

There was a hyper production of articles and lies and misleading reports about the trial. Some of the reports claimed that my husband would be a witness in the Racket trial even though it is clear that only people with direct knowledge in the events can be called as witnesses and my family and I have no direct link to the Kamcev family or the Racket case. But it was notable how the media reported about “the husband of Frosina Remenski, who is charged”, but there was a lack of similar interest in the fact that the sister in law of Radmila Sekerinska testified in the Racket trial. This is cheer-leading by the media, incorrect exploitation of the facts and if they are going to label us, let them label all of us, Remenski said.

This was Remenski’s most direct assault on her fellow SDSM party leaders so far, at least a dozen of whom were very close to Boki 13. Sekerinska, who is Deputy Prime Minister and Defense Minister under the Zaev/Spasovski Government, and is the party number two, second to Zaev only, was widely reported to be close to both Boki 13 and his extortion victim Jordan Orce Kamcev. Sekerinska is married to Boban Jankovski, head of Diners Club Macedonia, whose brother Igor is married to Marija Jankovska. Marija was an official in the International Association – a bogus charity set up by Boki 13 to extort money from businessmen under the guise of a humanitarian project that would include building retirement homes. Boki 13 extorted at least a million EUR from two businessmen on this pretext and was busy claiming public subsidies and scouting publicly owned land in desirable municipalities led by SDSM Mayors, with the intention to build retirement homes and then turn them into commercial villas. Remenski is charged in this, second case initiated against Boki 13, because she was an honorary President of the International Association, but Marija Jankovska, who had a more formal role in the scheme, is not charged.

Remenski already publicly expressed her willingness to “sing” to newly appointed Interior Minister Nake Culev, recently gave a tongue in cheek interview to the Alfa TV station which is critical of SDSM and today’s comments are seen as another step in that direction.