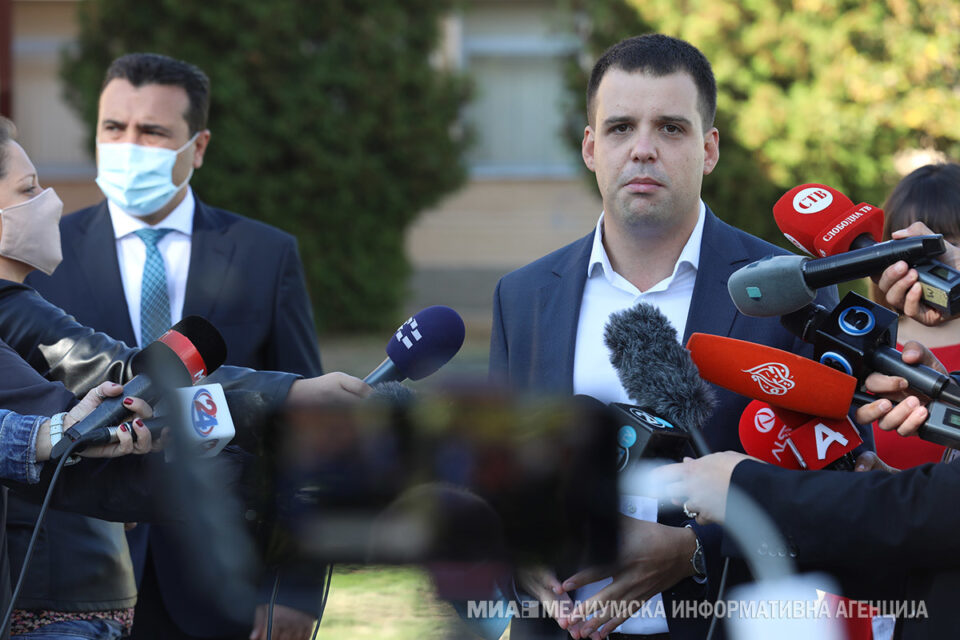 The entire public heard how Zoran Zaev is involved in the Racket scandal, but the prosecutors won’t dare investigate him, said the VMRO-DPMNE party following the closing statements in the trial. Key defendant Bojan Jovanovski – Boki 13 directly pointed to Zaev as the main culprit in the large extortion ring, but the court refused to admit the content of his phone as evidence.

The public heard how Zoran Zaev and his officials Aleksandar Kiracovski and Stefan Bogoev in 2017 took 350,000 EUR to unlawfully fund the SDSM party. The prosecutors remain silent. The money were given in exchange for lucrative plots of land that would be open for development in Karpos, the municipality where Bogoev was Mayor. Other businessmen were also extorted and this was all done with the personal support of Zoran Zaev, while he was Prime Minister. An independent prosecutor would immediately interrogate Zoran Zaev as the head of this octopus, but our prosecutors are still in his palm, VMRO-DPMNE said in a statement.

The trial followed the original Racket case, in which Boki 13 and former Special Prosecutor Katica Janeva were given long prison terms for racketeering, but Zaev was left out of the investigation, despite wealth of evidence pointing at him.