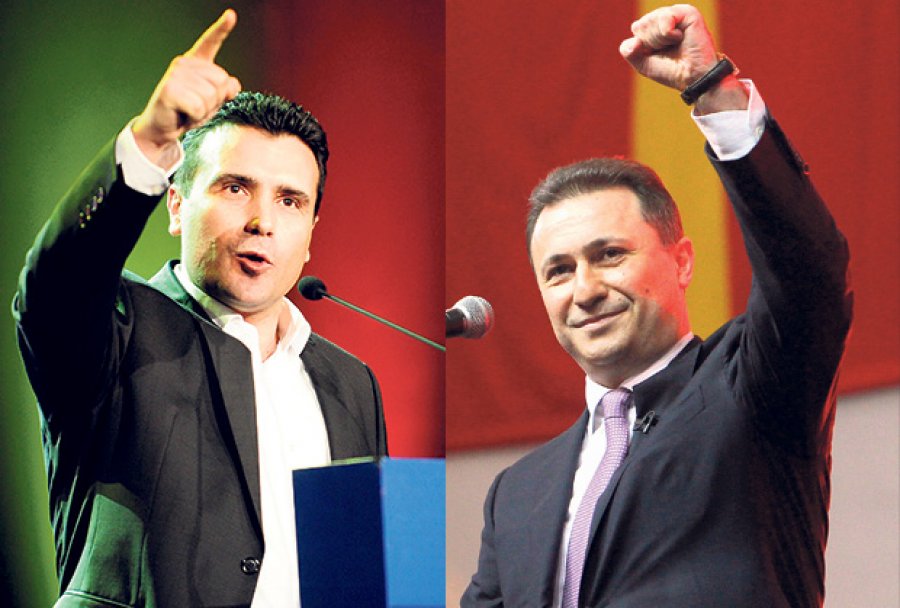 Former VMRO leader Nikola Gruevski accused the Zaev regime of new attempts to pressure people into testifying against him and piling new politically motivated charges. Gruevski is in political asylum in Hungary after he was sentenced in two cases initiated by the now thoroughly disgraced Special Prosecutor’s Office.

But Zaev is not stopping and his loyalists in the judiciary continue to push a half dozen other cases against Gruevski, often used to distract the public from Zaev’s own corruption scandals and failures. In the latest instance, the Skopje court is pressuring former Transportation Minister Mile Janakieski to testify against Gruevski amid allegations that Gruevski was trying to secure land near Skopje and a villa in Krusevo for himself. A businessman, Aleksandar Ivanovski – Terranova – who is pressured by the prosecutors, already testified and alleged that Gruevski was interested in buying an apartment in Skopje through him.

And earlier this week, Janakieski was hauled before the court and testified that he was part of a committee, led by Gruevski, that worked on intensifying construction across Macedonia, in an attempt to spur economic development. This committee, Janakieski said, often discussed specific cases where new spatial plans were needed for various plots of land in order to bring interested developers, and that this doesn’t mean that Gruevski was trying to grab the land for himself.

Mile Janakieski has endured years of political persecution, with a dozen cases launched against him, one sentencing, and an impending decision over whether he will be sent to detention again, after spending three years in prison or in house arrest, during which he was assaulted by other prisoners. He likely holds the record in the duration of his house arrest. I know the cases against him well, and I can testify that this is classical, brutal, political persecution that borders on torture. A key aim of the prosecution is to pressure Janakieski into testifying against me. And still, he correctly spoke about our work in the past, Gruevski said.

In a social media statement, Gruevski says that the committee, that was often chaired by Janakieski, looked into hundreds of thousands of locations that were interesting to developers, and looked for ways to clear the red tape around the potential construction of apartment buildings, hospitals, homes, schools and other facilities. “The spatial plans were expanded everywhere, not just in Vodno, where I’m being accused of buying 2,700 square meters. Every ten years the city of Skopje adopts a new plan, and it is always expanding the city”, said Gruevski, who is accused of influencing a spatial change he was personally interested in.

The work of this committee often included visiting the sites, to see on the ground what the problem is. We would often meet with municipal representatives, take drives in a van and discuss the issues they raised for specific locations. Our policy was to facilitate more construction, and we kept minutes. You may like or dislike the policy, but it was supported by the citizens in 10 consecutive elections, and it created numerous jobs and changed often ugly, disorganized sites in our country, removing dump sites and dilapidated homes. Janakieski correctly portrayed my style of work, which was often described as micro-management, and the fact that I knew the issues with many projects and problems in ministries, often to the minute detail. The public knows this, as I would hold open sessions of the Government or publicly phone different officials to discuss dozens, even a hundred projects at one sitting, Gruevski added.

In his statement, Gruevski says that if he had mentioned the specific sites on Mt. Vodno in Skopje while meeting with Janakieski, it was in the context of the committee and was meant to expedite their development, the same as in hundreds of other sites.

Janakieski, who has the dagger of revenge over his head, did not claim that I discussed this as my own land. In fact, he testified that Aleksandar Ivanovski was asking about this land. It is curious how the prosecutors are focusing on this case, where they are using bought or blackmailed witnesses. And even these witnesses say that they bought land with their own money and that I never paid them for the land or took it over from them. Under pressure, all they say is that they bought the land after I allegedly suggested them they do so, or that they received indirect messages from me whose authenticity they never verified with me. I’m accused of money laundering, but there is no evidence that I paid any money. Do they intend to seize the land on Vodno even though I didn’t pay for it, from the owners who paid for it?, Gruevski asks.

Regarding the second allegation, that Gruevski was interested in between 500 and 1,000 square meters of land near Krusevo, the former Prime Minister said that this was another attempt to spur regional development.

One area was set aside for weekend homes near Krusevo, and was sold out. Another area of land was then set aside, but there was very little interest – after three attempts only a few of the 30 to 40 locations were sold. During one meeting we discussed preparing a video animation of the planned development, hoping that this will cause interest among potential buyers. Unfortunately this never happened, even though from the testimony I heard that Janakieski made some preliminary steps, asked some architects to work on this. I don’t know why this project stopped. But it all shows that, even five years after they’ve been in power, this Government, and the judiciary and the prosecutors it controls, are focused to harm me and are trying to paint a false picture of my work and activities. It is redundant to speak of political persecution here, this dedication of the Government, the glee it takes in its activities, indicate of unimaginable terror in Macedonia. If the Government was as dedicated to its actual work as it is to the persecution, it would have enjoyed great success. But instead, it was defeated in the local elections, is in crisis and lost the public’s trust and can only try to make itself look better by making us look worse. That is why they will eventually fall, Gruevski said.