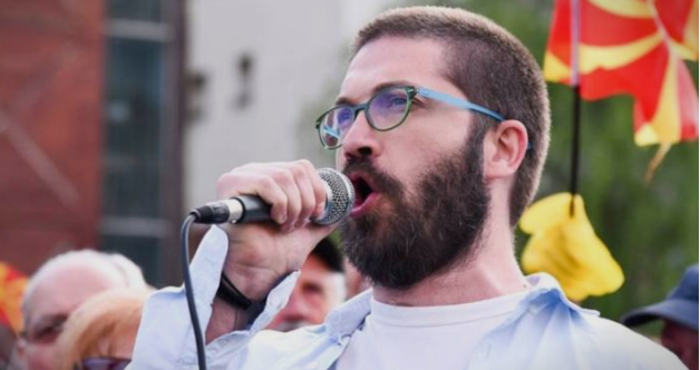 Opera singer and political prisoner Igor Durlovski announced today that he will not submit a request for amnesty under the controversial law put in place primarily to release members of Parliament whose votes the ruling majority needs to rename Macedonia into North Macedonia.

– Every battle carries risks with it, and I know I risk my life and the lives of those closest to me in this battle. But, I’m certain they will understand me and will understand why it is important to fight for your principles, to fight for justice, with determination and courage, Durlovski wrote on his social media accounts, before posting the Sex Pistols version of “My Way” for good measure.

He was charged with terrorism for the protests on April 27th 2017, when SDSM and DUI held an irregular vote in the Parliament to elect a new Speaker, which provoked protesters to storm the building. Durlovski was singing the Macedonian national anthem at the protest before the incident, and later joined protesters in the main hall. 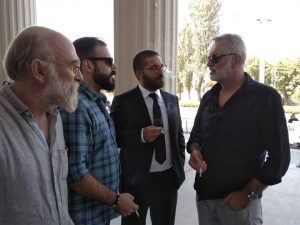 – I hope that this move will help me prevent the take over of justice and the judiciary by politics. I do this in the name of all my friends from “For a Unified Macedonia” and the thousands of honest and peaceloving citizens who filled the streets with love toward their country. I refuse to be part of a process of selective justice and further intrigues, and will not hide behind your “political reconciliation”. True reconciliation comes only with justice, honor and morality, wrote Durlovski.

With this, Durlovski joins Jane Cento, grandson of Macedonian World War Two commander Metodija Andonov Cento who was also politically persecuted by the Communist regime after the war, in refusing the offer of amnesty.

Today is the last day when the defendants can submit a request for amnesty, according to the law that was passed recently. Around 40 requests have already been received, and some of them are from members of Parliament who are needed to complete the process of renaming Macedonia into North Macedonia, and who negotiated the law with the Government. One of them, Krsto Mukoski, confirmed that he requested amnesty and said that he believes he deserves one. Mukoski is in the center of the controversy related to this law, since he not only claimed amnesty, but as the talks were on-going, his brother received a major public contract worth almost 700.000 EUR, in a move which is widely seen as bribing Mukoski for his vote, on top of blackmailing him with his freedom. 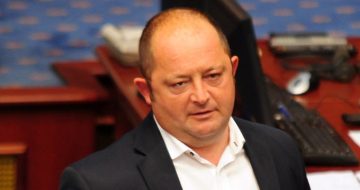 Other members of Parliament who did not vote to begin the process to rename Macedonia, like Ljupco Dimovski and Johan Tarculovski, also requested amnesties. It is believed they too were pressured to vote in favor of opening the renaming process, but refused to do so.

Requests from amnesties also came from Aleksandar Vasilevski Ninja, Mihail and Stefan Mladenovski and other persons charged with violent conduct during the incident, some of whom gave highly controversial testimonies in which they pointed fingers against President Ivanov, whose cooperation would be needed after the amendments are passed in Parliament.