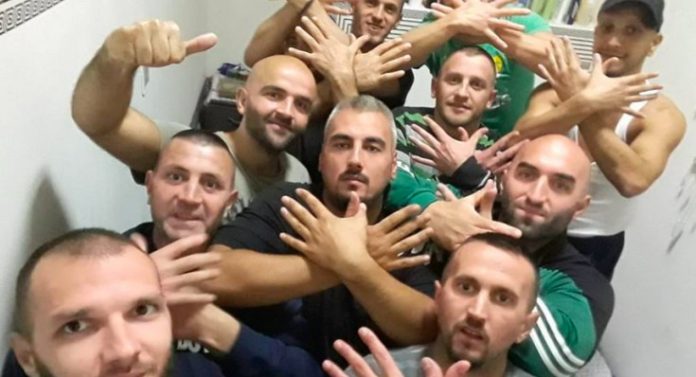 Jailed members of the Albanian terrorist group, which attacked Kumanovo in 2015 and killed eight Macedonian officers, issued new threats against VMRO-DPMNE officails who are being arrested by the SDSM Government. This group already attacked two former VMRO state ministers, Mile Janakieski and Spiro Ristovski, who were arrested on politically driven charges, causing them injuries.

Gruevski, Mijalkov and Ali Ahmeti can go to the end of the earth, but we will not forgive them. We have a list with 13 names. Ali Ahmeti is on this list as well as three others from his DUI party. The others are from VMRO. Regarding Mile Janakieski and Spiro Ristovski the Kumanovo group supports Lirim Krasniqi and Esat Kafegoli. This time we beat them up because they provoked us. Next time we will beat them up without provocation. They were in power when we were killed and mistreated. We will not forget, an Albanian newspaper carried a threatening message in the name of the Kumanovo terrorists.

The group took over a largely Albanian part of the city in May 2015, as the political crisis provoked by the SDSM party was developing in Macedonia, and opened fire on the police who were trying to apprehend them. Eight officers and ten of the terrorists were killed in the two day battle, while more than 30 were arrested. They have issued threats at both VMRO but also the ethnic Albanian DUI party during and after the battle. Their message also includes threats aimed at then Prime Minister Nikola Gruevski, who sought political asylum in Hungary, then security chief Saso Mijalkov and then Interior Minister Gordana Jankuloska, both of whom face possible detention.

One of the commanders, Muhamed Krasniqi, also issued a threat to Janakieski and Ristovski, who were arrested on Wednesday and attacked in the Shutka prison the next day.

My cousin Lirim Krasniqi beat up Spiro Ristovski. Good work cousin. Mile Janakieski was punched by Esat Kafegoli. You have saved our honor. We will not stop with this fight, Muhamed Krasniqi, who goes under the military name Commander Malisheva, wrote.

After the attack, Janakieski was released in house arrest, but Ristovski remains in detention.