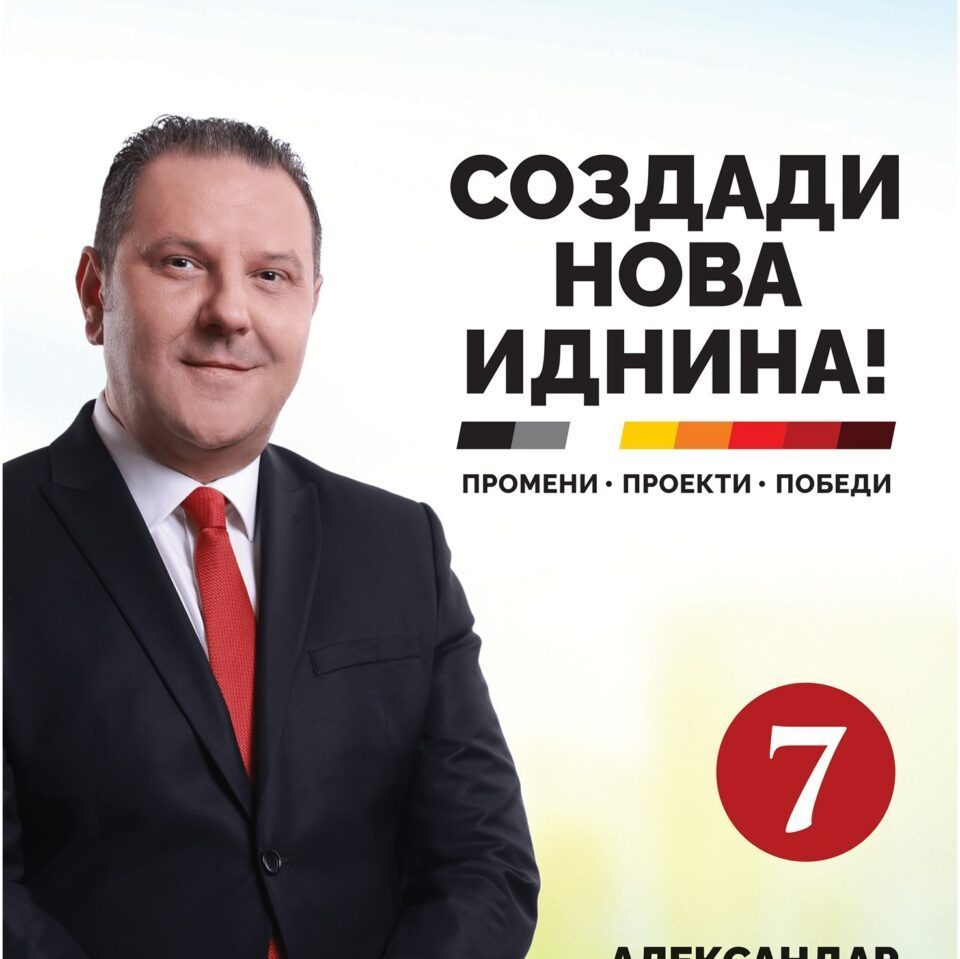 VMRO-DPMNE’s candidate for mayor of the municipality of Kicevo, Dr. Aleksandar Jovanovski via a Facebook post thanked all the people who voted for him and his team and contributed to a joint victory in the first round of local elections.

First of all, I want to thank the people of Kicevo. All people who cast their votes in a peaceful and dignified manner and thus contributed to our municipality not being remembered as a party herd, but as a municipality that deserves a bright and European future. Special thanks to those who, despite the orders and pressures, showed courage and perseverance and gave their vote for the right option. On this occasion, I would like to also congratulate all the people, and especially our fellow Albanians, who showed great courage and opposed the political grimness painted in green, which has ruled Macedonia for 20 years through the abuse of democracy, nation and religion. Courage and righteousness are among man’s greatest virtues. Virtues that every religion, every nation and every vision can recognize. I want you all to know that my team and I are not fighting for Kicevo to be a bastion of one nation, or a political option, as our political opponents are trying to present it under the slogan “Kicevo was, and will remain Albanian.” Respected citizens of Kicevo! We are fighting for Kicevo to belong to all citizens of Kicevo. To belong to the Macedonians, the Albanians, the Turks, the Roma, the Vlachs and all the others who live in it, reads his post on Facebook.