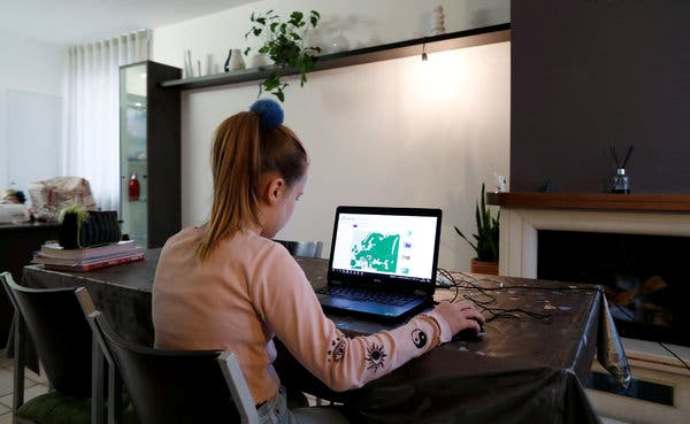 With the school year about to begin tomorrow, the pressing issue for many parents is how to provide the necessary IT equipment for their children. Almost all high school students and a majority of elementary school students will take their classes online, through a hastily prepared platform.

But many households, especially poor families, are unable to provide laptops, tablets or desktops for their children. The Government did not put in place a program to help these families purchase computers, and Labour and Welfare Minister Jagoda Sahpaska callously told the families that they can buy IT equipment at a slightly discounted tax rate during the second weekend of October. VMRO-DPMNE spokesman Dimitar Arsovski listed several obscene abuses of public funding over the past few years which he said could have been used to provide much needed computers for students.

The Innovation Fund gave 10.5 million EUR for non-existent innovations to SDSM party officials. With 300 EUR for an average laptop, these money could equip 35,000 of the 40,000 students who lack computers. But Minister Sahpaska instructs parents to buy computers themselves, Arsovski said.

Arsovski: I will not apologize to Zaev for saying that he rules like a drug cartel boss