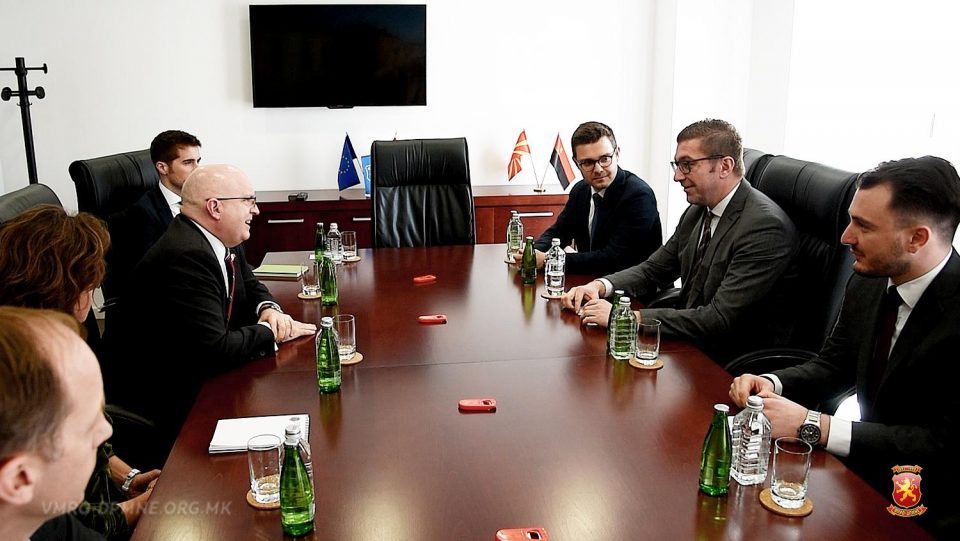 During his meeting with US diplomat Philip Reeker, VMRO-DPMNE leader Hristijan Mickoski raised the issue of the systematic persecution of opposition officials and critical voices in Macedonia.

The Government is carrying out staged court cases, coordinated arrests and pre-written verdicts. The Government is seriously undermining the rule of law and is setting the country back with regard to the most basic democratic priorities. The Republic of Macedonia also faces degrading economic performances, deteriorating living standards and increased poverty, Mickoski told Reeker during their meeting.

In the press release, VMRO-DPMNE adds that the party remains committed to having Macedonia join EU and NATO as a move toward improving stability in the region.