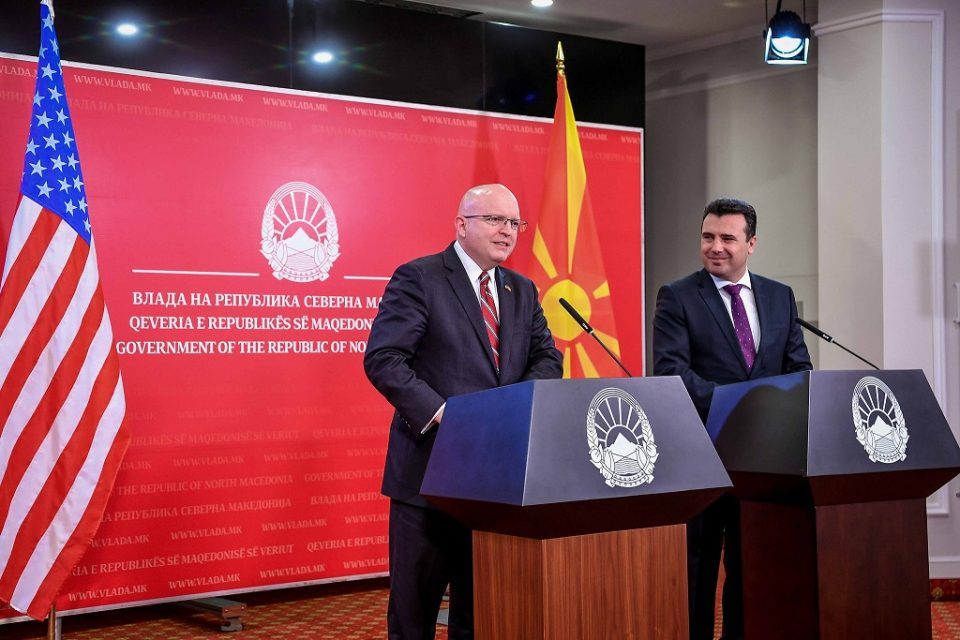 US diplomat Philip Reeker insisted that American policy is to have the Balkans brought into the European Union and NATO, in order to build a Europe that would be whole, free and at peace. Reeker, who was US Ambassador to Macedonia and is expected to be named Assistant Secretary of State, met with Zoran Zaev, Hristijan Mickoski, Ali Ahmeti and other political leaders during his visit organized by the German Marshall Fund of the US.

Reeker warned that “other countries” want to increase their influence in “the Western Balkans, including in North Macedonia”, and that the US will work to show that allegiance with the West is the best approach for prosperity and security. Reeker referred to NATO as the most successful defensive alliance in the world and said that he is happy that soon “North Macedonia” will be its member.

Zaev told Reeker that support for NATO membership in Macedonia has never been higher, despite the failed referendum to rename the country and approve its EU and NATO membership, where only 36 percent of the voters came out and voted “yes”.

During their joint press conference, Zaev said that he expects Macedonia to accomplish the tasks laid before it by the European Council, including making the controversial Special Prosecutor’s Office a permanent body. Zaev is also placing the intelligence services under his direct control, in a move he claims is also in line with European standards. Regarding the rampant nepotism in public sector hiring, Zaev said that he will accept the creation of a committee which will include representatives from the opposition and the ruling coalition, to examine the hiring of public sector employees who are close relatives of Government officials.