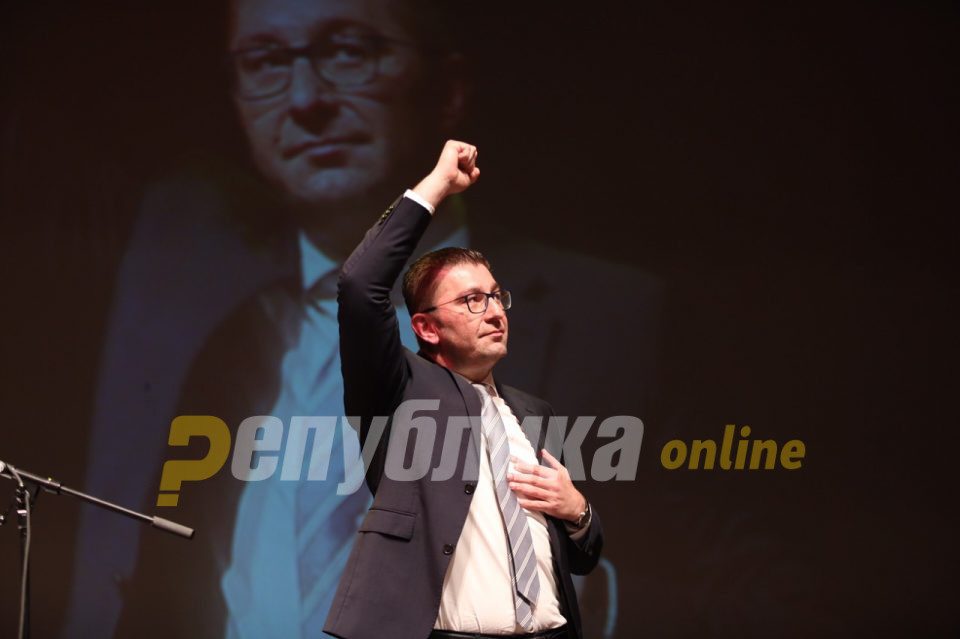 In an interview with Radio Free Europe, VMRO-DPMNE leader Hristijan Mickoski said that the people expressed their opinion on September 30 whether the positions of VMRO-DPMNE were correct or were not correct regarding the Prespa Agreement.

People decided to remain silent, and as some SDSM politicians in the past used to say – some questions do not deserve an answer. So from this perspective, I can say that we have chosen the right path together with the people, the path of justice, honesty, the truth and the path of Macedonia, said Mickoski.

Mr. Mickoski, the Prespa agreement was publicly supported by most Western countries and alliances that Macedonia and your party aspire to. Now you promise that VMRO-DPMNE will do everything to change the processes that emerge from it. Are you ready to endure the consequences for both the party and the state of such a move?

Do you know what are the consequences for the party and the state of the steps that we will make after we win the trust of the people?!

You did not specify the steps. What do you mean by we will do “everything”?

After we win the trust of the people, and we will win it at the next early parliamentary elections, of course, if the parliamentary majority accepts, you will see what the steps will be and you will see which processes VMRO-DPMNE will change in the future. So, I would be really careful, I understand the need to disclose sensationalism early. But I would be really careful in the steps that will go one after another, so let’s first see if the ruling majority will be encouraged to accept, will dare to support the initiative of VMRO-DPMNE to dissolve Parliament and schedule early parliamentary elections. Then the second interaction where VMRO-DPMNE will win the trust of the people, we form a government, and only then will we go step by step in the processes that VMRO-DPMNE will change. And now here I can give you an answer to the second possible question which I was also asked not so long ago – Will I be Prime Minister of the Republic of North Macedonia, I said then, and here I will repeat that I am ready to be prime minister and for me it will always remain the Republic of Macedonia not counting this historical mistake made by the government of SDSM and Zoran Zaev for personal and career purposes.

Not a single process in history is one-way only, experience says all processes in history have been reversible. It is a question of time is when the feedback will be realized. So it is important some other processes to take place first, and only then will VMRO-DPMNE be able to implement before the citizens of the Republic of Macedonia what is being discussed today and on the basis VMRO-DPMNE will build its future political doctrine. We are an immediate party, a party of the people, of the citizens, a party that is honest, sincere and principled. We cannot promise something that we can not deliver. We cannot at the same time be patriots at home in front of computers and write statuses on social networks, nor will we talk about what citizens want to hear. VMRO-DPMNE can promise, I can promise that once I win the trust of the people, I will do everything in my power to change the processes. For me, the Republic of Macedonia was and will remain, and all of this will be considered to be a historical mistake, and here I have nothing to add and what to lose.