The latest poll that showed a double lead of VMRO-DPMNE over SDSM is the reality that is happening after these years of inaction and incompetence of the government and all the scandals that follow them. That’s why we say let’s hold early elections, but they also see these numbers and that’s why they are afraid of elections, says the vice-president of VMRO-DPMNE Vlado Misajlovski in an interview with “Republika”. 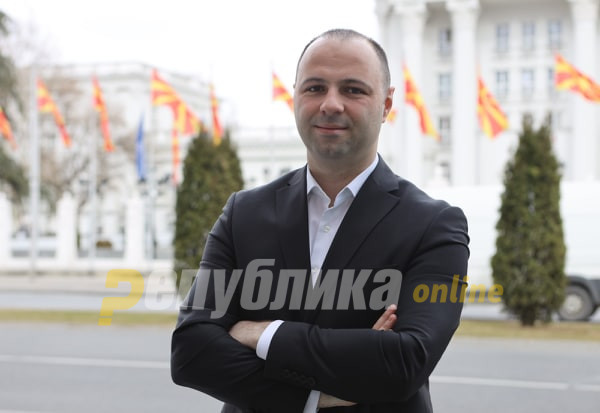 He explains that this government did not bring a better life because both Zaev’s and Kovacevski’s governments are a group of oligarchs who have no contact with the common people and do not see their needs.

That is why it is best to have early elections because this government has led us into a ditch. With these polls, whenever the elections are held, SDSM will lose by a wide margin, that is, VMRO-DPMNE will win with a margin of over 20 MPs and we will form the next government, says Misajlovski. 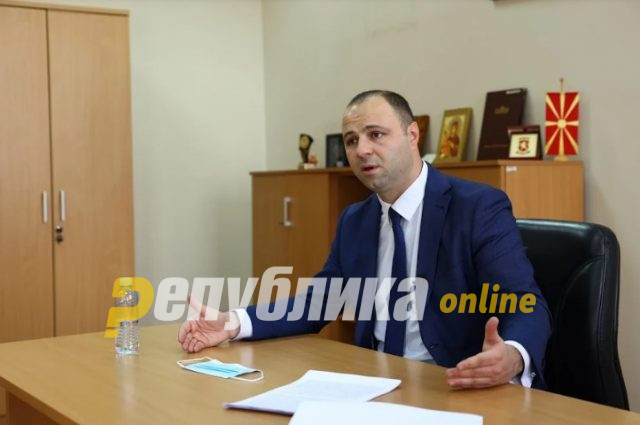 According to Misajlovski, the large number of citizens who refuse to declare who they will vote for in the polls is due to fear.

Most of them are employed perhaps in the state administration and are afraid to express their opinions, but that’s why there are also field surveys and you can see the percentage of dissatisfaction among the citizens. We as a party want to give hope and new energy that it can be different, that not everyone is the same and something can change. And that’s why we need as much positive rhetoric as possible in front of the citizens.

The vice-president of VMRO-DPMNE says that it should not be surprising that the main problems in the country are the inefficient legal system, the judiciary and corruption.

Is there justice in Macedonia – we all know that there is not. Are the reforms working – no. Confidence in the judiciary is eight percent and it will continue to drop. The farmers are also revolted, the purchase prices are low, the infrastructure is gone, the health care system is collapsing, and they did not want to give an additional 40 denars for the students, notes Misajlovski. 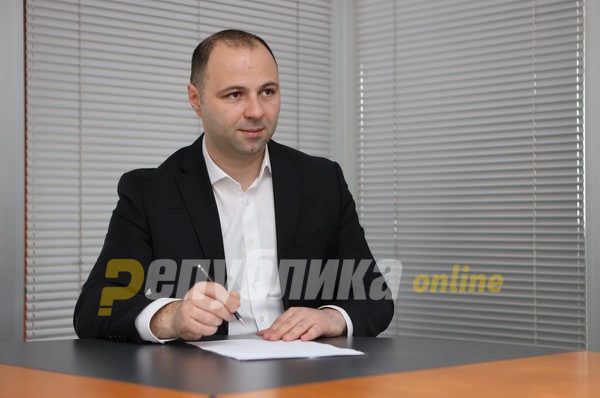 Therefore, according to him, the solution is for the citizens to go to the elections en masse.

If you stay at home not all issues will be resolved. Yes, maybe there are many who are disappointed, but if they stay at home, maybe the same will stay in power. That’s why everyone against this government.

Misajlovski commented on the desire of the Albanian opposition parties to be part of the Government.

They think that by joining the government, they will improve their positions and be stronger in front of their voters. My opinion is that it is very wrong. The first opponent that these parties attacked was DUI. I note that all Albanian opposition parties joined the government. Besa was with SDSM and then they had disagreements, Then Alliance was with them and then they had disagreements, it left and now it wants to join the government again. All Albanian parties entered with DUI to be part of the Government. This is wrong towards their voters and if they think that by attacking VMRO-DPMNE they will get something, they are wrong and they are mistaken that all parties in the Albanian block are the same and that they are controlled by DUI. But that is their business and of course, it will affect them in the next elections.

According to Misajlovski, the first year since the local elections showed that their mayors are very different. 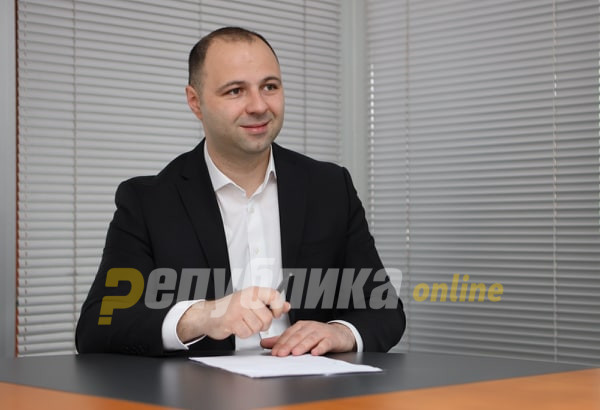 It can be seen that the municipalities are busy working in a situation where they are stuck with budgets. In Ohrid, the account has been blocked for years, the municipality of Gjorce Petrov owes more than three million euros, 30 streets have been built in one year. There is a feeling that the mayors have a motive and a desire to work. It is very important that after one year there are no scandals, but they are committed to working on what they have in the program. Imagine VMRO-DPMNE being the government how many more projects there will be and how much more help the enterprises managed by the municipalities will have.

According to Misajlovski, there is only one reason why the implementation of measures aimed at helping citizens is being delayed – and that is that there is no money in the budget. 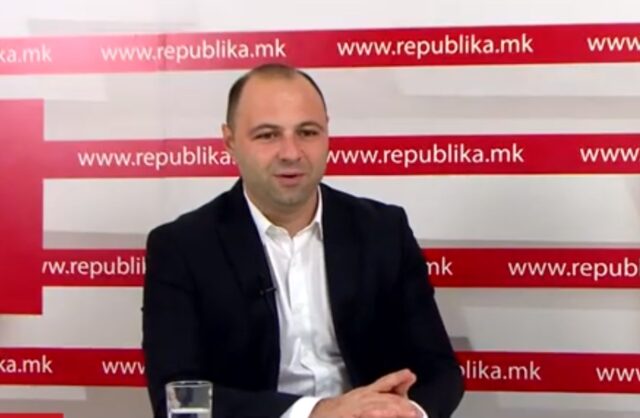 Many times we are accused of holding something back. But when major measures come where additional funds need to be approved from the budget, then everyone can understand that there is no money in the budget and therefore they try to prolong all the measures. There really is no money in the budget for all measures. We ask them as the opposition to schedule a session for these measures. A serious country where inflation has reached 20 percent cannot provide another 40 denars for students. If we want a strong society, money must be found for these young people because they are the ones who have to lead the country tomorrow. Otherwise, you will be they leave because they are disappointed. All these measures are enough to be mentioned in front of the people and very few people will pay attention to them. The budgets that SDSM proposes are the largest in history and there are no funds for pensioners or for higher wages for workers.

Misajlovski explains that no one seems to be able to see the highways and roads that SDSM is constructing. 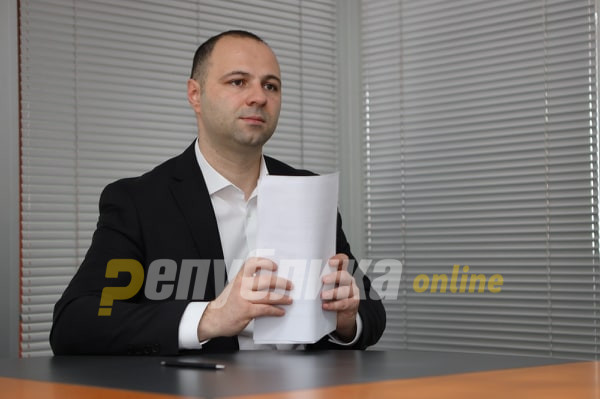 I can see all the projects led by VMRO-DPMNE. Some were implemented, some had to be undertaken and completed, such as the Kicevo-Ohrid highway, which they did not perform any work on, then Gradsko-Prilep. All these projects were of VMRO-DPMNE, SDSM does not have a single project of its own to design, implement, or provide funds for. For example, they cannot construct one kilometer towards Blace. The biggest problem is that they are not interested in projects, they just want to lie. They said that there will be 1000 kilometers of expressways, 600 kilometers of highways, that the Clinical Center is being built in Gjorce Petrov – has anyone seen that Clinical Center? When it comes to an infrastructure project, SDSM does not care and they are seeking ways how to conclude some contracts, tenders, money, power. That is SDSM.

Misajlovski is convinced that if work is done on the Kicevo-Ohrid highway, it can be completed.

If they work, they will complete it, but the problem is that there is no work, and as time goes by, you can see that what they have done is becoming obsolete. They extended the deadline and now they will probably ask for another postponement in the Parliament. I honestly want it to be constructed and put into use as soon as possible, just works need to continue.

He also listed the capital projects that should be implemented as soon as they come to power.

It is the clinical center, new highways especially from Skopje to Bitola, and the railway to Bulgaria. Investments are needed in both energy and the environment. Everyone notices that when VMRO-DPMNE is in power there are many projects and a construction offensive, a better economy and they recognize it. That’s why the VMRO-DPMNE brand is working, says the vice-president of the party.