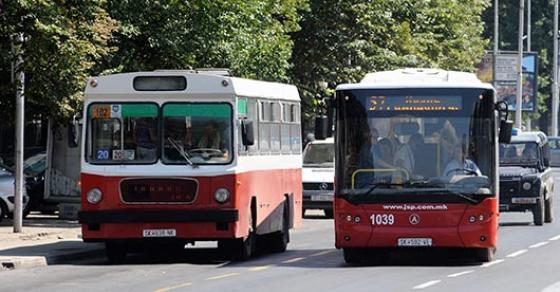 After yesterday’s decision for a strike by the private bus companies in the city transport in Skopje, today their representatives are going to the City of Skopje with a request to be received by mayor Danela Arsovska.

If an agreement is not reached, the private bus companies announce, there will be blockades on several roads in Skopje in the coming days.

The private bus companies have decided to go on strike as of yesterday afternoon. Given that yesterday’s request by the director of Sloboda Prevoz for a meeting with the mayor Danela Arsovska has not been answered yet, a large number of private bus companies from in front of the premises of Sloboda Prevoz headed (and already are) in front of the City Assembly where they will request an appointment with the mayor, said “Sloboda Prevoz”.